“I told Mike, 'If this happens, you freakin' have my blessings’” 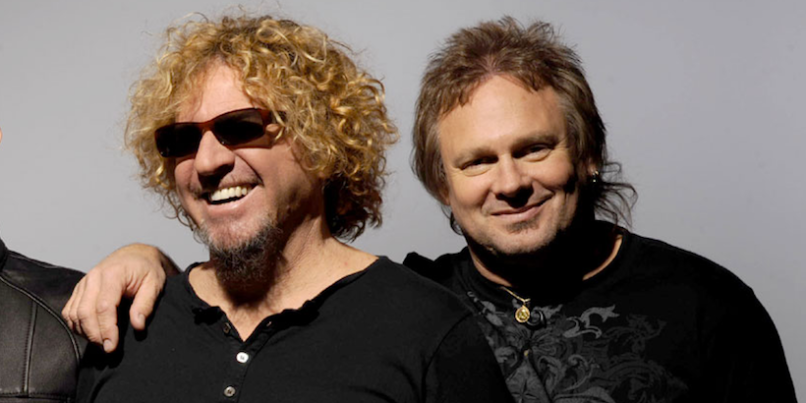 When last we checked in with the ongoing saga that is the potential reunion of Van Halen’s classic lineup for a stadium tour, former bassist Michael Anthony was insisting that he hadn’t spoken to his former bandmates in years.

While it may be true that he hasn’t fielded any phone calls from Eddie Van Halen, Alex Van Halen, or David Lee Roth, according to another ex-member of the band, Anthony has been in touch with Van Halen’s management as recently as six months ago.

“He got a call six months ago from [Van Halen’s] management,” Hagar told Trunk, “saying, ‘Are you interested?’ And he said, ‘Yeah. I’m doing a record with Sammy right now. We’re booking shows, so you’d have to work around it.’ And they said, ‘Okay. We’ll get back to you.’ And that was it. I can tell you that much.”

According to Hagar, any information that Anthony has been getting about the potential reunion tour since then has been through folks like us breathlessly covering every movement of this soap opera.

“As usual, Mike’s hearing about it through the news, just like the way he heard about when [Wolfgang Van Halen, Eddie’s son] replaced him,” Hagar said. “It was, like, ‘Oh, I guess I’m not in Van Halen anymore.’ He read about it instead of these knuckleheads giving him a call and just being straight upfront with him. So Mikey’s still sitting in that same position again to where all these rumors are going around.”

And in case you were wondering, Hagar told Trunk Nation listeners that if Anthony does wind up touring with Van Halen again, thus putting their new project Sammy Hagar & The Circle on hold, the bassist has his support.

“I told Mike, ‘If this happens, you freakin’ have my blessings,’” Hagar said. “‘You go do this. You’re a founding member in that band.’ And for the fans, he needs to do it. He is the missing element right now. If you want my opinion, without Mike, it just doesn’t seem quite the same.”

At the moment, Anthony’s focus is still on Sammy Hagar & The Circle. The band, which also boasts Jason Bonham on drums and guitarist Vic Johnson, is set to release its debut album, Space Between, in May, and they’ve got a bunch of tour dates set, including a gig next Thursday, February 21st, at the San Antonio Stock Show & Rodeo in Texas, and a run of shows in the spring and early summer.

Listen to a clip of Hagar on Eddie Trunk’s show below, and pick up some Van Halen vinyl at Reverb LP.

Talking to @EddieTrunk on 2/13's #TrunkNation about the new LP from #TheCircle, @sammyhagar said that Michael Anthony WAS contacted by @VanHalen management 6 months ago,

Listen to the clip below OR for @SIRIUSXM subscribers, catch the full interview here: https://t.co/9fV68qfIDy pic.twitter.com/elTRPgSEHa