Slipknot, Alice In Chains, Slayer, Korn, and more to embark on 2019 US summer tours 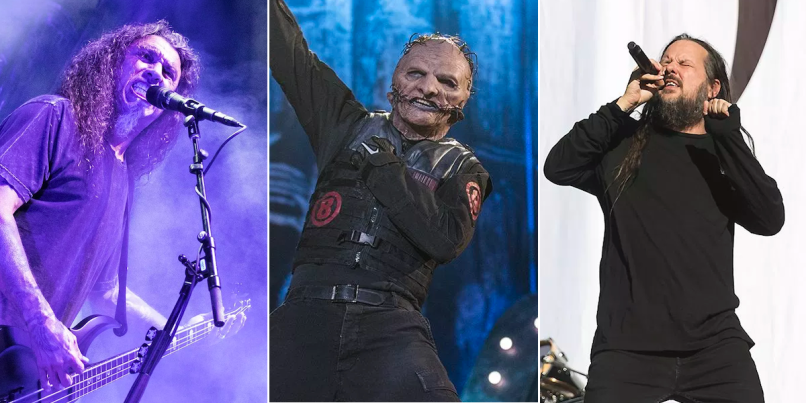 Some of the biggest hard rock and metal bands are set to announce North American summer tours soon, as Live Nation has revealed that Slipknot, Alice in Chains, Slayer, Korn, and more bands will hit the road during the warms months of 2019.

The bands are mentioned in a new press release about a special “Ticket to Rock” promotion offering discounted deals to multiple shows at the same venue. In addition to the aforementioned acts, Breaking Benjamin, Behemoth, Gojira, Chevelle, Volbeat, Underoath, and Shinedown are also listed among the acts taking part in the promotion.

It could be presumed that some of these acts will be opening for the bigger bands mentioned, as opposed to headlining their own treks, but those pairings haven’t been revealed yet. Slayer and Shinedown will only be participating in the promotion in select cities.

The “Ticket to Rock” promotion includes lawn tickets to three shows at the same venue for a total of $59 or four shows for $69. One venue even has a five-show deal. For upper-tier reserve tickets, the price is $79 for three shows and $89 for four shows.

A list of cities and venues taking part in the deal can be seen below. As of now, none of the tours have been officially announced, but the “Ticket to Rock” deal is now available for purchase.

Stay tuned for all the tour lineups and dates as they are announced.