Stella Donnelly is fed up on new song “Tricks”: Stream 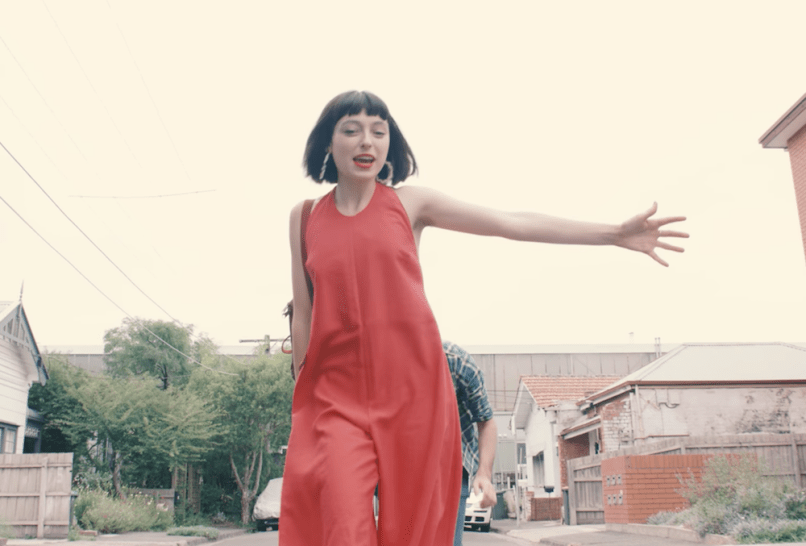 Up-and-coming Aussie songwriter Stella Donnelly is due to drop her debut album, Beware of the Dogs, next month through Secretly Canadian. The 13-track effort sees the self-proclaimed “shit-stirrer” defiantly standing up to racists, creeps, and oppressors to reclaim her freedom.

We heard Donnelly take back her power on lead single “Old Man”, which called out gross, exploitative men in the entertainment business. On her latest offering, “Tricks”, she again targets the industry, as well as Australian pride that’s so extreme it turns into straight-up racism.

“This song is a playful zoom-in on the ‘Australian Identity’ and a loose dig at the morons that used to yell sh*t at me when I played cover gigs on Sunday afternoons,” Donnelly explained in a statement. “It probably served me right for singing ‘Wonderwall’ every weekend.”

Though the track is endearingly catchy music-wise, its barbed lyrics hint at the more serious underlying themes. “You only like me when I do my tricks for you,” a brutally honest Donnelly sings.

Check it out below via its accompanying video. Shot in Melbourne, it features direction from photography Nick McKk and fellow Australian musician Julia Jacklin.

Beware of the Dogs arrives March 8th. For more, dig into Donnelly’s other single, “Lunch”. The indie artist will kick off a supporting tour across North America and Europe beginning March 15th. Grab tickets here.