Sadly, Gail Weathers didn't scoop the story for herself 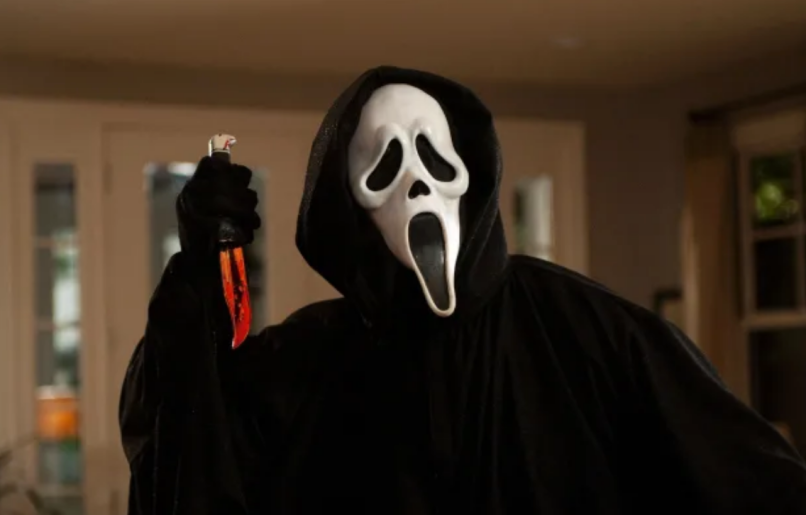 Do you like scary movies? Better yet, do you want a million dollars without anyone seeing your face? One lucky SuperLotto winner did, and he proved as much by showing up to claim his wins wearing a very familiar mask from horror history.

“My head hurt me for three days because I was thinking so much,” Campbell told the St. Lucia News. “[Wondering] if what I’ve been longing for really come true. I had a belly ache for two weeks, sometimes I feel so much pain I forgot that I had won.”

Campbell made the choice to arrive as the fictional Woodsboro slasher 54 days after winning. However, he’s not alone in concealing his identity, as many past Jamaican winners have concealed their identity for fear of being harassed on the streets.

As you can see, Campbell went all in on the costume, opting for a white robe over the traditional black, though the fact that the guy shares a last name with the franchise’s leading Scream Queen Neve Campbell is simply coincidental.

The #SuperLotto winner gets ready to collect their millions!???? pic.twitter.com/Xg4VluIsOy

Currently, the Scream franchise exists solely on television. Back in 2006, MTV renewed the series for a third season reboot, bringing on a new showrunner and cast, but the six-episode run has yet to air on the network.

However, producer Jason Blum has expressed interest in bringing it back to theaters. The Blumhouse mastermind said as much to Forbes following the release of last year’s Halloween, which has since usurped Scream as the highest grossing slasher.

“To give you some idea, Halloween was in the works with us for four or five years before it evolved,” he explained, “so, there are business obstacles to cross but, in theory, if you said to me, ‘Would you like to do a Scream movie?’ My answer would be, ‘Of course.’ Sadly it doesn’t work like that.”

In the meantime, celebrate another franchise from the mind of Wes Craven as our horror podcast Halloweenies pivots from Michael Myers to Freddy Krueger. Starting Valentine’s Day, they’ll begin dissecting one A Nightmare on Elm Street movie at a time each month all year long.

Stream their season finale of Halloween below.