Sylvester Stallone's blockbuster veteran returns to save the day this September 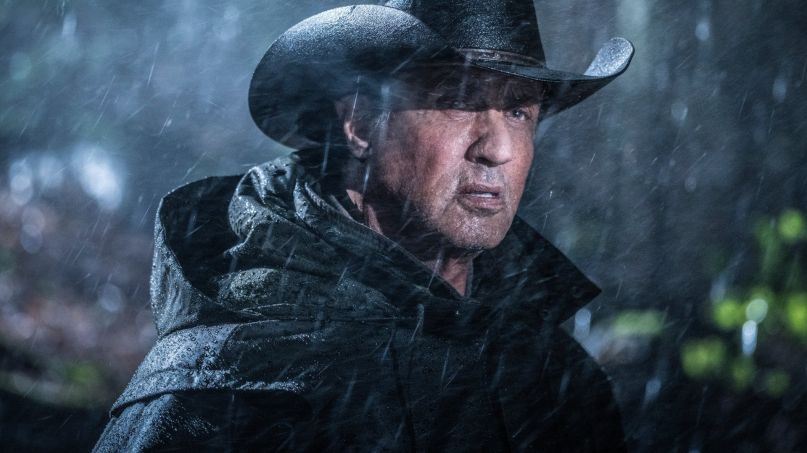 As the late Colonel Trautman once said of John Rambo: “You’re not hunting him, he’s hunting you.” No argument there, but none of that matters if we don’t know when, and until today, that date was up in the air for Rambo V: Last Blood.

According to Variety, however, the highly anticipated fifth entry in Sylvester Stallone’s long-running action franchise will hit theaters on September 20th, 2019. Yes, in a little over seven months, Rambo will be back to save the day.

And save the day he will! This time around, he’ll be helping out one of his pals, whose daughter has been kidnapped and taken south of the U.S.-Mexican border. Let’s just say, the odds of this not being political … are slim.

(Read: The 50 Greatest Explosions on Film)

Director Adrian Grunberg, who’s served as an assistant director on a number of border-related films such as 2000’s Traffic and several episodes of Narcos, helms the movie from a screenplay by Matt Cirulnick and Stallone.

Joining Stallone for what ostensibly will be the final chapter in the Vietnam veteran’s story are Sergio Peris-Mencheta, Yvette Monreal, Adriana Barraza, Paz Vega, Oscar Jaenada, and Joaquin Cosio.

The last time the character appeared on screen was 2008’s ultra-violent Rambo, which Stallone directed himself shortly after the critically acclaimed return of Rocky Balboa in that character’s 2006 self-titled film.

Recently, Stallone starred in Creed II, which he said marked his final chapter for the Italian Stallion. Then again, this is the guy who pretty much owns the line, “It ain’t over ’til it’s over.” So, who the hell knows with him.

Either way, we’re ready for what’s next in September.