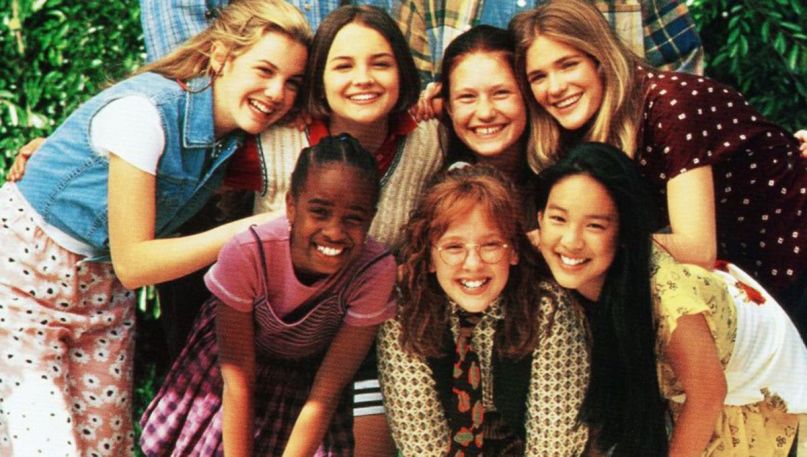 Netflix is already the perfect babysitter. With thousands of titles and countless hours of entertainment, all any parent needs to do is clear the couch, toss their kids some Goldfish, and give ’em the remote. Of course, that didn’t stop the streaming giant from landing the forthcoming reboot of Ann M. Martin’s iconic book series, The Baby-Sitters Club.

According to The Hollywood Reporter, the best-selling books will find new life on Netflix with a 10-episode season produced by Martin herself. Even better, GLOW‘s Rachel Shukert will serve as a showrunner with Broad City’s Lucy Aniello on board as both executive producer and director. In other words, fans can expect a hip reimagining.


“The themes of The Baby-Sitters Club ​still resonate 30 years after the original book series was released, and there has never been a more opportune time to tell an aspirational story about empowering young female entrepreneurs,” said Melissa Cobb, vp kids and family at Netflix. “Together with Ann M. Martin and the team at Walden Media, our ambition is to contemporize the storylines and adventures of this iconic group of girlfriends to reflect modern-day issues.”

(Read: The Top 21 Songs About Nostalgia)

Martin echoed those sentiments, adding, “I’m amazed that there are so many passionate fans of ​The Baby-Sitters Club​ after all these years, and I’m honored to continue to hear from readers — now grown, who have become writers, editors, teachers, librarians, filmmakers — who say that they see a reflection of themselves in the characters of Kristy and her friends. So I’m very excited about the forthcoming series on Netflix, which I hope will inspire a new generation of readers and leaders everywhere.”

First published in 1986, the series revolves around a friends’ circle of teenage babysitters in Stoneybrook, Connecticut. Since its release, the series has amassed over 200 books with Martin writing the first 35 of them. The series was previously adapted for TV in 1990 with a one-season run on HBO and a feature film in 1995 starring Rachael Leigh Cook and Larisa Oleynik.

Revisit the film’s trailer below.