Plus, the band's Julia Kugel shares an essay about politics in music with Kathleen Hanna, Brendan Canty, and others 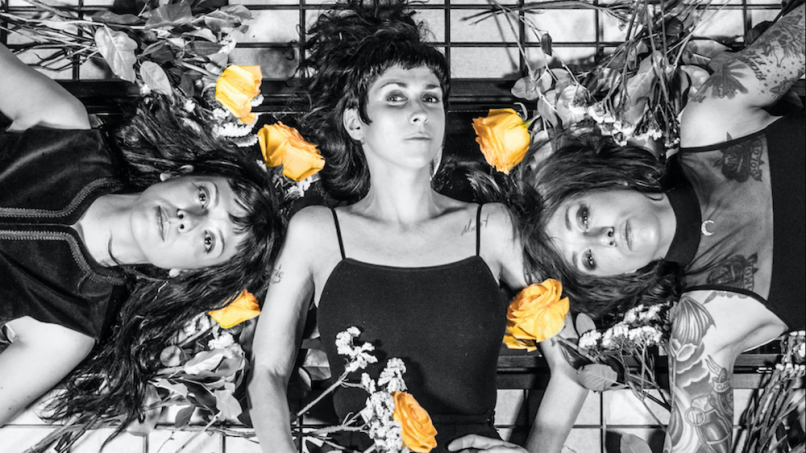 The Coathangers, photo by Matt Odom

The Coathangers are returning March 8th with their new record, The Devil You Know. The follow-up to 2016’s Nosebleed Weekend finds the trio unapologetically presenting themselves through their music. Sometimes that takes the form of tracks like lead single “Bimbo”, which saw the Atlanta garage outfit take a crunchier pop turn. Then there are songs like “F the NRA”, a thrashing political anthem that refuses to hide its anger.

As the title makes clear, “F the NRA” takes aim at gun violence and gun control in the United States. It’s a catchy punk cut, sonically, but guitarist/vocalist doesn’t hold back on the lyricism: “You’re talkin’ freedom, you’re talkin’ rights/ While you keep an eye on your bank accounts/ Attacking those lookin’ to survive/ ‘Cause you know culture war is just part of life.”


The track comes via a video by Robbie Pfeffer. The clip pieces together images of protests and violence — both recent and historical — with cartoon images of cowboys and firearms placed over top. Distressing statistics pop up to contextualize the imagery, and at one point an image of Ronald Reagan appears as someone yells, “Suck my dick!”

As an artist as well as a Belarus refugee, Kugel is well aware of the sort of backlash such a politically vocal song can ignite. However, as she explained in an essay for The Talkhouse, using their platform to speak out is something The Coathangers refuse to shy away from. As Kugel wrote,

“I do not take the freedom of expression that all US citizens are granted lightly. The band was confident that we wanted to put ‘F the NRA’ on the record. It provided a personal catharsis and a sense of empowerment in the wake of the immense feeling of helplessness that was weighing heavily on us as we coped with continuous reports of mass shootings. It was not until those around us started warning us of the repercussions we could face, did we realize the risk involved in yelling at the giant. My ingrained fear of speaking out came back to me. Yet the reason I am a musician is because of a need to express my truth, personal or political. I began to question everything: the rights of an artist, the responsibility of being political, the fear of backlash, and the desire to be heard.”

Read  the full essay, which features contributions from Kathleen Hanna (Bikini Kill), Brendan Canty (Fugazi), and Dennis Lyxzen (Refused), at The Talkhouse, and snag some Coathangers vinyl and more over at ReverbLP.