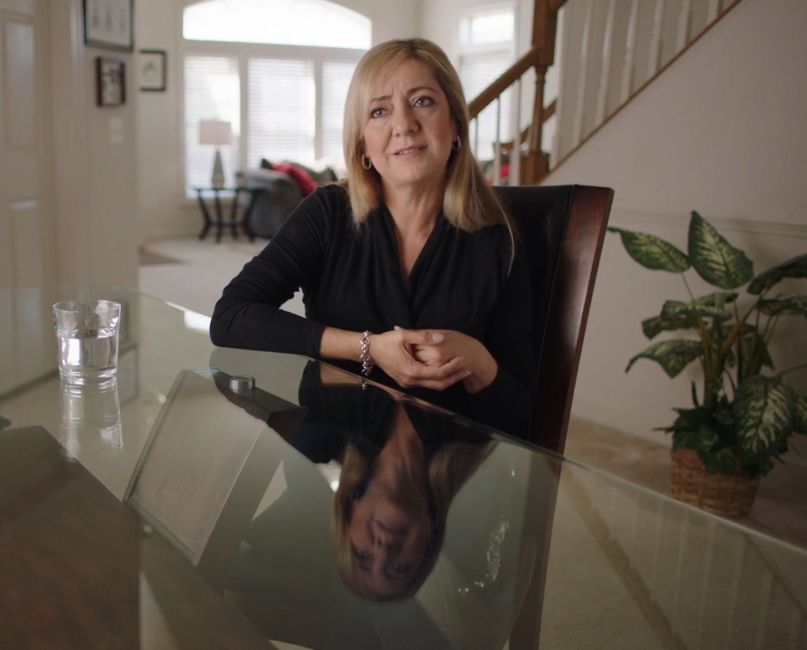 The Pitch: In its first phase, the #MeToo movement was all about women finding their collective voice and finally, at least with each other, being given the benefit of the doubt (a novel idea, as history suggests). Some 16 months on, it’s still alive, and its’ often looking backward — reflecting on how wrong we, as a society, got things in the past. Certain names immediately come to mind: Anita Hill. Monica Lewinsky. And now, a new Amazon docuseries takes a look at Lorena Bobbitt, the woman who rose to tabloid infamy in 1993 when she cut off her husband’s penis.

Directed by Joshua Rofé and executive-produced by Jordan Peele, Lorena asks a searing question: Why do we live in a world where a battered woman is more likely to become a punchline than a call-to-action? And how, after suffering years of rape and domestic abuse at the hands of her husband John Wayne Bobbitt, was Lorena the one on trial for her freedom?

The country, glued to Court TV and cable news, divided largely along gender lines. Many men were spooked. There are some lines you just don’t cross, to many, and chopping off a penis is one of them. But just as many women were captivated. “I think it was kind of stunning”, reflects Whoopi Goldberg in the second episode, who often referenced the case in her stand-up material. “Women lived in a world where shit could happen to them at any time. And now men had to actually think about it.” For many women, Lorena did what they wished they could: She made the abuse stop.

The Intersectional Dilemma of Lorena Bobbitt: There’s now almost a whole subgenre of documentaries considering how identity issues played a role in the ways that ‘90s tabloid stories unfolded. O.J. Simpson: Made in America captured how O.J.’s celebrity completely eclipsed the more poignant story of Nicole Brown Simpson’s years of domestic abuse. And both the Academy-Award winning docuseries and FX’s serial drama The People v. O.J. Simpson zoom in on the complexities of race — how, for a lot of Angelenos, a not-guilty verdict felt like retribution for the utter lack of justice for Rodney King. Over on ESPN, a 30 for 30 episode on Tonya Harding looked into class issues that may have been initially overlooked in her public trial. The Clinton Affair examined the gender-based double standard of the Clinton-Lewinsky scandal, where two adults engaged in extramarital sex, and the woman’s life was destroyed while the man continued to run the Free World. Lorena, for its part, seems to capture all of the above: gender, race, religion, and class issues. For this, many people are bound to relate to something in her story.

These documentaries also function as something like a coloring-in of vague outlines for millennial viewers. I was eight when Lorena Bobbitt was put on trial, and although I knew my mom was obsessed, I hardly understood why. It’s a wrenching experience to watch a documentary where its subject is perpetually on the verge of tears, addressing her abuse in such a public way. This isn’t The Jinx, where a stony-faced well-to-do male serves as the series’ protagonist, and the viewer is constantly going back and forth in their mind about whether or not he did it. Lorena Bobbitt, from about 30 minutes in, is clearly defined as a traumatized woman. From the salacious headlines, one would perhaps expect a more aggressively outspoken type, but Lorena Bobbitt completely lacks the bravado of a typical revenge-story heroine. Realizing that so many women were fixated on this case in the ‘90s, including my own mother, becomes all the more painful when the show starts to discuss the many ways in which domestic violence victims become trapped. As #MeToo has proven, everyone knows someone affected by domestic or sexual abuse, if they haven’t been themselves.

Lorena’s immigrant status also finds greater focus here, as a young woman only six years departed from her homeland of Ecuador, trying to navigate the legal system with very little support and without a complete mastery of the English language. Her devout Catholicism plays a central role in how John Wayne Bobbitt kept her committed to an abusive relationship for so long. Lorena offers a nuanced answer to the obnoxious refrain so often thrown at victims of abuse: “Why didn’t you just go to the police?” Rape within marriage wasn’t considered a crime in most states, at the time of her trial. Women of color often don’t have the same assumed safety nets. Convictions and denial convince women that maybe they can make it work. As is often the case, the story of Lorena Bobbitt was more complicated than it once seemed.

The Ubiquity of Abuse: A somewhat revelatory part of the story is that, from the get-go, many of the women interviewed totally got Lorena. Lorena Bobbitt was a working-class gal, a nail manicurist, and a number of the people the documentary makes sure to interview are neighbors and co-workers, people who lived in her world. The most haunting interview of the series might be a nail salon customer, who is brought to tears thinking about how a literally shaking Lorena was falling apart while doing her nails. She begged her to leave John Wayne. This was days before the incident. It’s particularly striking when a female neighbor, who’s featured prominently in the first two episodes, casually drops into the conversation that she, too, was a victim of domestic violence. We don’t get this from her for two hours, and it almost comes across as an aside. We may only have the shared cultural language to talk about it in the right ways now, in more recent years, but Lorena shows that stories of abuse have always been tragically universal.

The Silver Lining: Sometimes progress can be frustrating in its slow pace. Even after a cultural reckoning with the injustices of the ‘90s, including the Anita Hill hearings, Brett Kavanaugh still made his way onto the U.S. Supreme Court last year. Has nothing changed? Fortunately, Lorena’s story offers at least some reprieve from the feelings of futility often saturating this type of documentary — she does, after all, get off. Well, mostly. Found guilty by reason of insanity, the final way Lorena is something of an eye-opener is in seeing that sometimes an insanity plea actually makes sense. It’s not just a device for clever attorneys. The documentary makes a compelling case that Lorena Bobbitt suffered from PTSD, and although she’s hardly thrilled when she has to be committed for 45 days following her trial, the diagnosis and treatment were clearly life-changing. (To put it mildly, the fortunes of John Wayne and Lorena Bobbitt have wildly reversed in the intervening years.) Hopefully now, a new generation can learn from them.

The Verdict: With four hour-long episodes, Lorena is easily bingeable, although its emotional heft may make more measured viewing a better choice. With the series’ ability to zoom out on the cultural zeitgeist, much like O.J. Simpson: Made in America, it surely has the feel of claiming the title as the “definitive” take on its subject. More than just a synopsis, Lorena takes us on an emotional journey — first indulging in the gallows humor of the situation (the woman did throw her husband’s penis into an open field), and then bringing in the devastating reality. It’s also careful not to turn its audience to one side or the other right away — both John Wayne and Lorena Bobbitt are given ample screen time, though eventually the filmmaker’s stance is undeniable. It’s a worthwhile watch for the socially conscious, or anyone with a mother, sister, daughter, or friend.

Where’s It Available? Streaming in full on Amazon Prime.