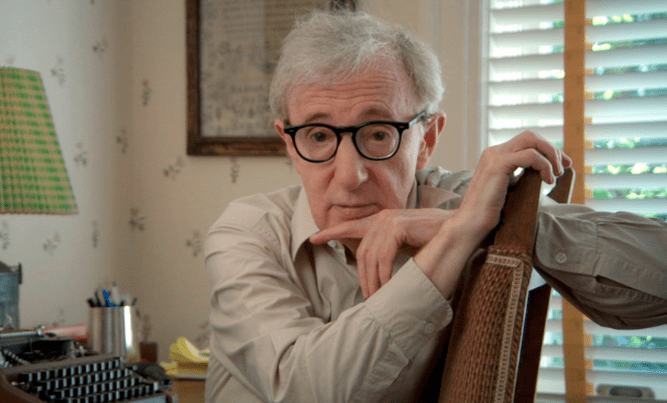 Amazon Studios entered an ill-considered five-picture deal with Woody Allen back in 2016, right around the time long-standing allegations of sexual assault against his adopted daughter Dylan Farrow resurfaced in the media. As a result of the renewed scrutiny on the director, the first film in the partnership, Wonder Wheel, had trouble finding willing distributors, and eventually flopped when it finally did see release.

The second planned movie, A Rainy Day in New York, fared even worse, drawing controversy for the inclusion of a sex scene between a 44-year-old man (played by Jude Law) and 15-year-old girl (played by Elle Fanning), before cast members Rebecca Hall, Griffin Newman, and Timothée Chalame all distanced themselves from the project and donated their salaries to organizations such as Time’s Up and RAINN (the Rape, Abuse, and Incest National Network). The negative publicity, fueled further by Allen’s own tone-deaf comments, led Amazon to shelve the film, as well as attempt to get out of the deal wholesale.

Allen, however, believes Amazon had no basis to end their contract, and has now filed a $68 million lawsuit in New York Federal Court against the company, according to The Hollywood Reporter. The suit reasons that “Amazon has tried to excuse its action by referencing a 25-year old, baseless allegation against Mr. Allen, but that allegation was already well known to Amazon (and the public) before Amazon entered into four separate deals with Mr. Allen – and, in any event it does not provide a basis for Amazon to terminate the contract. There simply was no legitimate ground for Amazon to renege on its promises.”

The director claims that Amazon had no “legal or factual basis” to terminate the agreement, and that they did so knowing it “would cause substantial damage to Mr. Allen.” Additionally, the suit suggests that Amazon’s cancelation has interfered with the ability of Allen’s production company, Gravier, “to meet certain obligations to outside investors and foreign distributors.”

As retribution for backing out of their agreement, Allen is asking reimbursement for the $9 million that he reportedly spent to self-finance A Rainy Day in New York, in addition to the minimum guarantee of $25 to $27 million Amazon allegedly agreed to pay to license the film.

The lawsuit also contends that Amazon’s then-studio chief Roy Price (who himself had to resign following sexual harassment accusations) allegedly promised the company would serve as Allen’s “home” for the remainder of his career and guaranteed Gravier minimum payments of between $68 million and $73 million.