The material on the legendary songwriter's latest compilation flies high, low, and in between 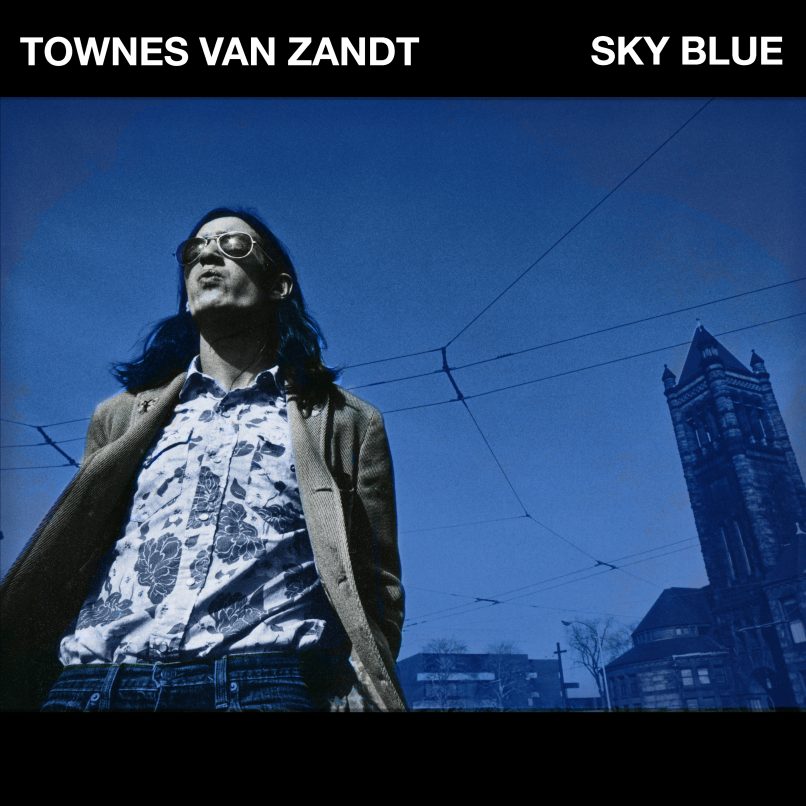 The Lowdown: The opening scene of 2004 documentary Be Here to Love Me begins with a recording of Townes Van Zandt reading what would become the lyrics to “At My Window” over the telephone. When asked by the voice on the other end of the line whether that’s all he’d written, Van Zandt chuckles: “No, no. A bunch more, but I lost another page.” It’s an exchange most wouldn’t bother committing to tape, and yet it somehow perfectly captures what’s both beautiful and troubling about the life and career of Townes Van Zandt. On one hand, the moment shows a gentle self-awareness, humor, and serenity present in the lauded Texas singer-songwriter. On the other, it’s a vulnerable, almost helpless shrug from a rare talent who spent much of his life suffering the torments of manic depression, the loneliness of acute memory loss, and the demons of substance abuse.

Van Zandt’s legend and stature as a songwriter have only grown since his passing at age 52 on New Year’s Day 1997. Many of his records have come back into print, his songs have never stopped being covered, and proteges, most notably Steve Earle, have devoted themselves to making sure Van Zandt’s ear for mining subtle melodies and preternatural gift for phrasing aren’t overlooked as they were during too much of his lifetime. Sky Blue finds Van Zandt’s own wife and children adding to his legacy by lovingly curating 11 unreleased tracks from a recently discovered 1973 recording session. The album includes alternate versions of favorites, several covers, and a couple brand-new songs, each aimed at shedding an additional sliver of light on one of music’s more enigmatic and tragic figures.


The Good: “Always sing the same sad song/ No wonder that I feel this way,” Van Zandt acknowledges on the title track, one of two new songs on Sky Blue. Few songwriters have written about loneliness and despair more earnestly and poetically than Van Zandt. Here, duetting with a trailing guitar line, he settles on the fleeting moments of beauty that only come from isolation. While it still sounds like he’s tinkering, the song already offers a remarkably clear window on the world from his vantage. Likewise, one can only imagine the ambivalence felt by Van Zandt’s children when they found their father strumming out his simple desires on “All I Need”. “Ah, my baby’s eyes, see how they shine/ Will his life be like mine?” he asks with genuine curiosity. “All I need is a way to take his load.” And yet, a stanza later, he all but resigns the good times to be as ephemeral as dreams and maybe only surviving in songs. It paints a portrait of a loving man who, at times, could be difficult to love.

The chance to hear alternate versions of Van Zandt classics also makes Sky Blue worthwhile. Listening to a younger man sing “Rex’s Blues” — for those used to the Flyin’ Shoes version and not the Live at the Old Quarter one — casts a different bluish hue on the character of Rex, a friend of whom Van Zandt once said, “If you cut cards with Rex and get a three, he’ll get a two.” But the gem of the whole collection is a stripped-down version of “Pancho and Lefty”, the songwriter’s most famous tune. It’s the type of song that ages with listeners – one that takes on added meaning as our own youthful fantasies meet life’s harsh realities and we see our decisions – even those that feel like a forced hand – dictate our fates. Van Zandt has never been in finer voice on this song, plaintive and sympathetic towards all. It’s a version that can sneak up on the toughest hombre and draw a tear.

The Bad: As with most Van Zandt compilations, there’s some “high, low, and in between” on Sky Blue. While he manages to spin Richard Dobson’s waltzing “Forever for Always for Certain” and Tom Paxton’s “Last Thing on My Mind” into serviceable TVZ songs, the same can’t be said for murder ballad “The Hills of Roane County” or the traditional “Blue Ridge Mtn. Blues”. Van Zandt can sit in for a roadhouse jukebox anytime, but he can’t breathe life into these dusty, old songs like he can his originals. They fall fathoms shy next to his own “Silver Ships of Andilar”, a tale of a tragic voyage, stripped here of its swelling accompaniment and its haul brimming with cargo-shifting lines like “Ice we drank and leather did chew” that place you in the heart of this seaworthy nightmare. And, while they’re a nice addition, even Van Zandt would probably admit that life would go on if demos of lesser songs like “Snake Song” and “Dream Spider” hadn’t surfaced.

Verdict: Part of the tragedy of Townes Van Zandt are all the songs that he never got to write. And what we do have on record doesn’t always do him justice or capture him in his finest form. So, to come across a trove of recordings that find him still in his prime and in fine voice should be seen for the rare gift that it is. That said, Sky Blue isn’t the Van Zandt record that’ll turn new fans on to his genius. It’s the type of compilation that’ll help his longtime listeners better understand the many shades of that talent. And, given that it would be another five years from the time of these demos before Van Zandt would release new music, Sky Blue might be thought of as a young Pancho’s final words. Luckily, someone was around to hear them this time.

Essential Tracks: “All I Need”, “Pancho and Lefty”, and “Silver Ships of Andilar”