North Bergen High School proved that in space, no one can hear you scoff... 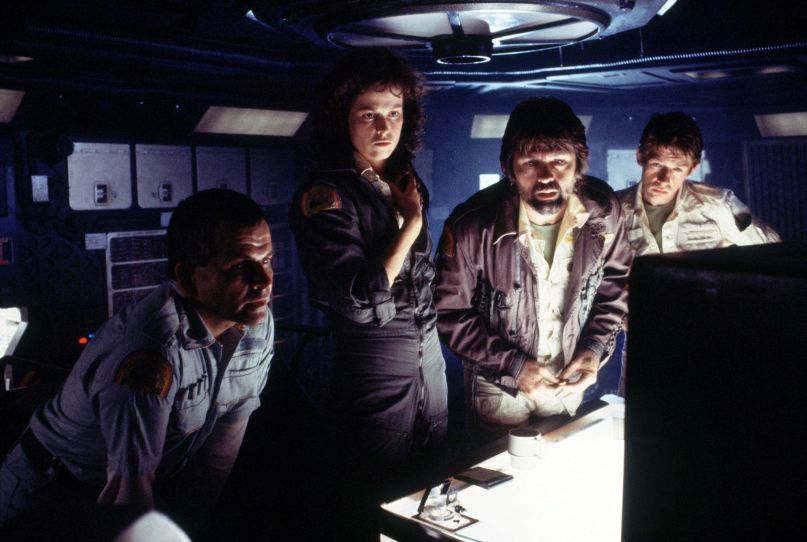 What play did your high school put on? Fiddler on the Roof? Godspell? Joseph and the Amazing Technicolor Dreamcoat? Annie?! More likely than not, it was one of the above, which is why you probably took one look at the flyer and walked away scoffing.

Well, this year, one New Jersey high school proved that in space no one can hear you scoff. On Saturday, the Internet exploded when pictures and reports surfaced surrounding North Bergen High School’s epic stage retelling of Ridley Scott’s 1979 epic, Alien.

While the idea itself deserves recognition, what really turned everyone’s heads was the student’s attention to detail, namely in costumes and production design. This wasn’t just some hammy, tongue-in-cheek production; no, this was an off-Broadway event.

“Our performance of Alien really shows you can do so much with so little,” the school’s art teacher Steven Defendini, who also served as the play’s art director, told BuzzFeed News, “and as long as there is a passion there to do these things, they are possible.”

He said he and his crew of six students managed to build the production’s 15 sets, in addition to the costumes, which included four astronaut suits and two xenomorph bodies, all of which were made from recycled parts and materials.

(Read: Alien3 Is the Ballsiest Sequel of All Time)

“To pull off something of that caliber, every set, every costume is repurposed in one way or another,” Defendini argued. No kidding. He explained that he drove around town looking for various parts and accessories, many of which were also donated and supplied.

“They worked really hard all year,” Defendini said of his students, admitting, “We did not expect this.”

This isn’t the only left-of-the-dial production Defendini has put on at North Bergen. BuzzFeed reports that Alien was an alternative to its traditional annual play: a production of George A. Romero’s epic 1968 zombie classic, Night of the Living Dead.

Take a look at a trailer for the play, along with leaked photos and footage, below. Also, if you’re an instructor, principal, or student at a high school, take note: You don’t have to stick to the hits to find something imaginative. Look to the VHS tapes!

I love that north bergen high school did alien last night as their school play, so I’m gonna keep tweeting about how great it is..everything was made from recycled materials .. so nuts amazing I’m so proud of my hometown pic.twitter.com/EEMEbankDz

Last night the North Bergen High School in New Jersey put on 'Alien' as their school play and it looks absolutely incredible.#hrgiger#Alien#rushmore pic.twitter.com/5jopUecFil