Be afraid, be very afraid: Zachary Quinto wants to feed on the energy of your children 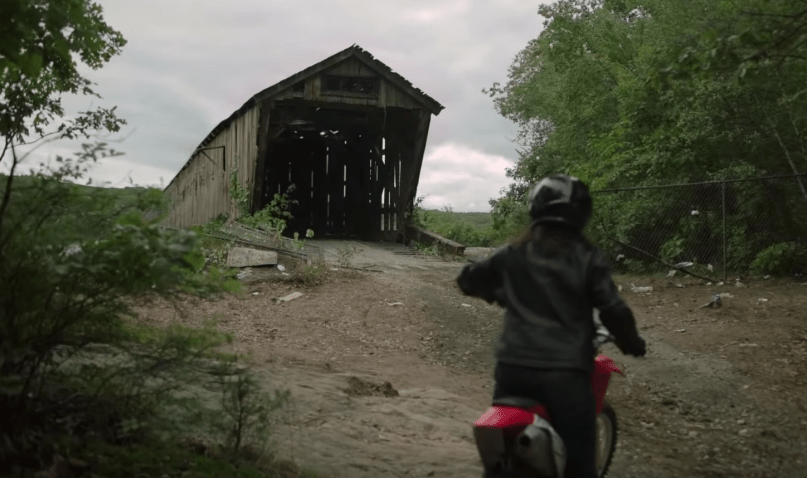 Feel that chill in the air? We’re getting closer to Christmasland. Today, as part of its WonderCon panel, AMC dropped the first trailer for its highly anticipated adaptation of Joe Hill’s NOS4A2, which doesn’t drop until June 2nd.

In less than two minutes, the trailer lays out the entire story, which is quite a feat given its complex narrative, introducing its villain (Zachary Quinto) and its motorbiking hero (Ashleigh Cummings). If there’s anything to glean, it’s how YA all of this feels.

As previously reported, Cummings plays Vic McQueen, a young artist with a supernatural ability to square off against Quinto’s Charlie Manx, a monstrous immortal who feeds off the souls of children. Manx’s victims, after being drained of their livelihoods, are then shuffled off to Christmasland, a terrifying Christmas village that exists in some alternate dimension that has connections to a certain scary clown from another family property.

Subscribe to The Losers’ Club, Consequence of Sound’s weekly Stephen King podcast, where we’ll no doubt dip our toes into the snow of this King-adjacent thriller.