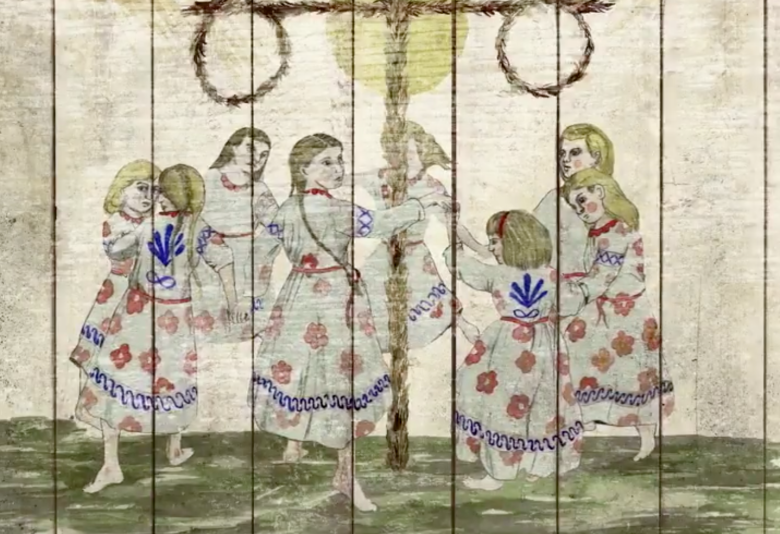 Some strike when the iron is hot, and Ari Aster is certainly of that camp. A little more than a year after he torched audiences with Hereditary — our top pick of 2018 — he’s returned with another kick to the head in Midsommar, due out on August 9th via A24.

Today, A24 dropped its first teaser trailer, hinting at the sordid affairs that will go down at the titular mid-summer festival. Much like Hereditary, there’s a cult closing in on our two leads, the likes of which should draw parallels to Robin Hardy’s The Wicker Man.

Watch below and grab its poster shortly after.

Starring Jack Reynor, Florence Pugh, Will Poulter, and William Jackson Harper, Midsommar follows a couple who travels to Sweden to visit a friend during the town’s fabled festival. What begins as an idyllic retreat soon devolves into violence at the hands of a pagan cult.

Revisit our 2018 Performance of the Year profile with Toni Collette in which she discusses Aster’s process and weighs in on the psychological horror of Hereditary.