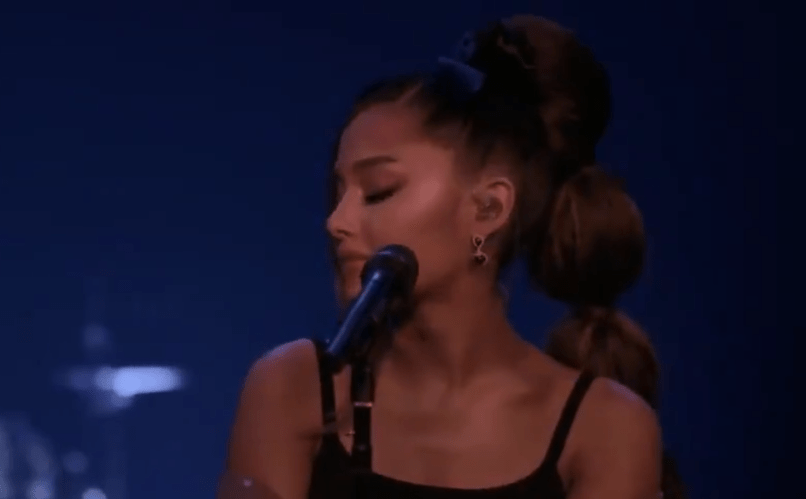 Finally, Ariana Grande made an awards show! After opting out of last month’s Grammy Awards, the blockbuster pop star came back with a vengeance on Thursday night with a captivating appearance at the 2019 iHeart Radio Music Awards.

Performing thank u, next single “Needy”, Grande’s voice reached the rafters and nosebleeds of Los Angeles Forum, all while comfortably sitting from a stool. She’ll no doubt need to use that talent next month at Coachella.


Watch the performance below.

It was quite a night for Grande. While she only went home with two of her eight nominations, those two included both Pop Album of the Year and Female Artist of the Year. Perhaps she’ll celebrate with a Cloud Macchiato.

Getting antsy about seeing her live? Fix that.