Billie Eilish shares animated “you should see me in a crown” video, created by Takashi Murakami: Watch

The song appears on the 17-year-old's debut LP, due out at the end of month 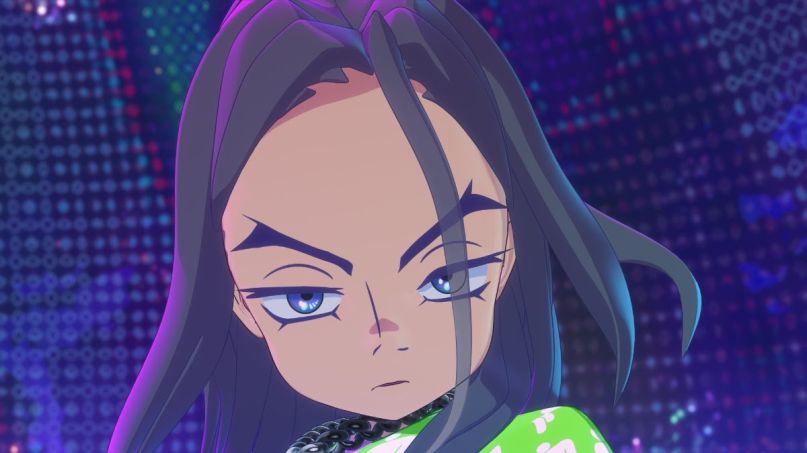 Billie Eilish's "you should see me in a crown" music video

Billie Eilish is gearing up to drop her highly anticipated debut album, WHEN WE ALL FALL ASLEEP, WHERE DO WE GO?, later this month. Ahead of the record’s release on March 29th, our 2018 Rookie of the Year has released an animated music video for “you should see me in a crown”.

The clip was created in partnership with famed contemporary artist, Takashi Murakami, who previously worked with Kanye West and Kid Cudi for the Kids See Ghosts album art. Eilish and Murakami met in Japan while the pop prodigy was on tour in 2018. The new video is the next step in their fruitful collaborative relationship, which has previously seen the duo team a cover of GARAGE Magazine.


The new “crown” animation incorporates elements from both artists, marrying Eilish’s “BLOHSH” character and apparel line with Murakami’s renowned Flowers artwork. Bille explained in a statement, “Murakami is an incredible visionary. It was such an honor to collaborate with him and have our brains and our worlds collide for this video.”

The Japanese animator added, “8 months from start to finish, I sprinted throughout the production process with my animation team striving to realize Billie’s vision in an unprecedented way.”

“you should see me in a crown” will appear on WHEN WE ALL FALL ASLEEP, WHERE WE GO? alongside other singles like January’s “bury a friend” — which earned the 17-year-old high praise from Dave Grohl — and this month’s “wish you were gay”. The record will follow up Eilish’s 2017 EP, Don’t Smile at Me, which sported breakout singles “Bellyache” and “Ocean Eyes”.

In support of the collection, Eilish will embark on a North American tour shortly after appearing at Coachella in April. The stint, which spans through the summer, will feature opening sets from rapper Denzel Curry and Eilish’s brother Finneas, who helped write, produce, and record her new LP in their childhood home in Los Angeles. Get tickets to the sold out run here.