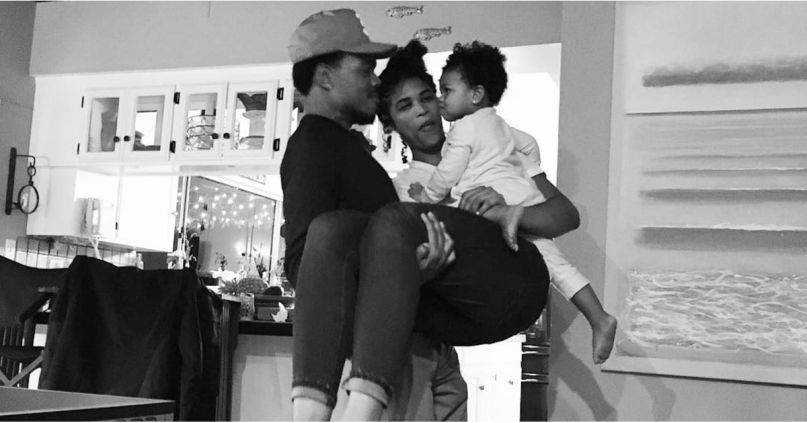 Chance the Rapper, Kirsten Corley, and their daughter Kensli

Over the weekend, Chance the Rapper married his longtime girlfriend Kirsten Corley.

Chance the Rapper and Corley began dating in 2013 and have a daughter named Kensli. Chance popped the question during a July 4th cookout last year.

See photos from their wedding below.

Me and the men who mentored me.