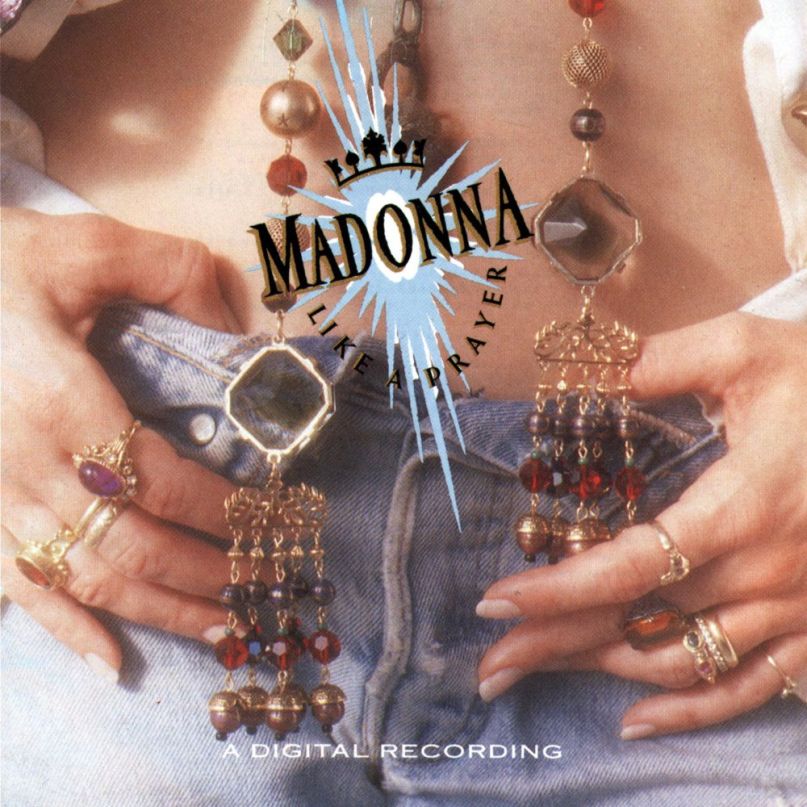 They say nothing is certain but death and taxes. I would add another certainty to that list, which is that wherever there is art, teenagers will spend their parents’ money on art about sex. But for most of history, the sex had to be tastefully disguised.


The story of Madonna’s success is, in large part, a story of sex. When it comes to songs about that most-popular of recreational activities, the woman born Madonna Louise Ciccone was more tinkerer than trailblazer. In 1963, The Beatles may have only wanted to hold your hand, but by 1969 they were asking, “Why Don’t We Do It in the Road?” Al Green and Teddy Pendergrass treated intercourse with all the reverence of a medieval artist painting Jesus. And while there were many performances that preceded this moment, Olivia Newton John’s 1981 music video for “Physical” was a watershed moment in the expression of female sexuality. Newton John wears a skintight leotard, and sometimes the camera lingers on her legs or groin. But most of the attention is on the many handsome hunks, wearing little more than Speedos, who are stretching and flexing and glistening in the shower.

Newton John is more observer than observed. And that’s the big difference between her and Madonna. Madonna would never want you looking at someone else.

After the release of her 1984 debut album, Madonna, critics mocked her “helium” voice. But she instantly connected with teenage girls, and became a big draw for MTV. She dressed in fishnets, chains, and fingerless gloves, bulky cargo shorts, and midriff-baring tank tops. Her hair was messy and hip. Her earrings dangled past her kneecaps (well not quite). But her look was instantly iconic. Critics suggested she had more style than substance. Critics predicted she would be a one-hit wonder. Critics, if you can believe it, were wrong.

The genius of Madonna was the genius of reinvention, and the postpunk fishnets didn’t last long. Soon she was a material girl, for whom not even diamonds could ever be enough. She released two No. 1 albums in a row, buoyed by some of the best pop songs of the ‘80’s or any decade: “Material Girl”, “Papa Don’t Preach”, and “Like a Virgin”. Did you ever think the word “Like” could change the meaning of a song that much? With Madonna, sex was always part of the appeal.

The cover of her fourth album, Like a Prayer, showed a bare spanse of skin somewhere between mountains and dale. In anticipation of the album’s release, Pepsi signed Madonna to a $5 million promotional deal that included a two-minute commercial. The day after the commercial aired, Madonna released the first music video for her new album, “Like a Prayer”. And the day after that, she had been personally condemned by Pope John Paul II, and a worldwide boycott of PepsiCo products had begun.

As it happened, Shakespeare experienced a surprisingly similar controversy in 1609 with the publication of his sonnets. English audiences didn’t mind that the sonnets were raunchy; and they didn’t mind that about half were written to a “dark” woman and half were lusting after a fair haired young man (although a few generations later, that blonde boy would drive the Victorians nuts). What bothered Shakespeare’s contemporaries were the religious references: the mixing of divine and profane. That’s an offense to God. That’s an unforgivable sin, the kind of thing that really shakes people. And after the dust cleared, and all the angry people had made themselves heard, Shakespeare was more popular than ever before.

Perhaps Pope John Paul II would have handled things differently if he had known that history. He certainly played into Madonna’s hands, pushing her video into newspapers headlines all around the world. Pepsi ended up wrongfooted, and according to biographer J. Randy Tarborelli, the company was so eager to get out of it that they let Madonna keep the $5 million.

The video, directed by Mary Lambert, is one part critique of racism in America, one part an exploration of Madonna’s own catholic upbringing (her parents named her Madonna after all), and 100 percent calculated to piss people off. Madonna wears a sexy slip into a church. She brings a statue to life and enters into an erotic relationship with a saint. Crosses are burned, and organized religion is implicated in institutionalized racism. Oh, and the lyrics are suggestive of a very specific sexual act, such that the great critic Robert Christgau dubbed the song, “Cocksucker’s Prayer”. That was a positive review, by the way. In 1989, the critics had caught up.

It helps that Like a Prayer is a masterpiece, representing real growth for the former material girl. It opens with a musical thesis statement: an aggressive, rebellious guitar that’s instantly replaced by a heavenly choir. This is the tension at the heart of the album, and it makes the song, “Like a Prayer”, an electrifying listen. Those gospel-tinged choruses are part of the fun, but the real joy is in the transgression. Madonna grew up in a deeply religious household and is purposefully blurring the lines between sexual and religious euphorias. It means more than it would coming from a born atheist. It’s more wrong. Some — perhaps even Madonna — might call it naughty.

The album starts with a powerhouse 1-2 punch of “Like  Prayer” and “Express Yourself”. “Express Yourself” is probably the single most joyful-sounding track on the album, and it comes from a place of anxiety. Madonna is urging a friend in an uncertain relationship to have a talk with their boyfriend. “Make him express how he feels,” she urges.

Listeners of a certain age might hear the chord progression and expect Lady Gaga to belt out, “Born This Way”. The similarities between the two songs was enough to cause a feud between Madonna and Lady Gaga. Lady Gaga’s defense is that the chord progression goes back to the ’70s, and Madonna told Rolling Stone that “Express Yourself” was “my tribute to Sly and the Family Stone.” Now, we could raise a polite eyebrow at her calling it a “tribute,” or we could just agree that all three artists are great and more people should listen to Sly and The Family Stone.

Most of Like a Prayer was co-written with Patrick Leonard. Two songs, “Express Yourself” and “Keep It Together”, were co-written with Stephen Bray. The only other collaborator is Prince. “Love Song” is a slinky duet with His Purpleness, with Prince’s signature guitar flirting with Madonna’s synths. It’s a drunken first date of a song, where they alternate assuring each other that “this is not a love song,” before asking, “Are you just being kind?”

There are a few purely positive moments on the album. There’s the bubblegum “Cherish” and the bedtime psychedelia of “Dear Jessie”. These are unambiguously happy. But Like a Prayer is Madonna’s best album because it is her most personal album. And a lot of her personal life is dark. “Till Death Do Us Part” deals with the dissolution of her marriage to Sean Penn. “Promise to Try” is a heartbreaking song about the death of her mother. “Oh Father” is all defiance and hurt, addressed to a father who is only half-forgiven. As a group, these songs make a mini-arc within the broader album, and the climax is “Keep It Together”: “Keep it together in the family/ They’re a reminder of your history.”

Does that sound less than enthusiastic? The beat is bright, disco, jaunty. The lyrics are more reserved. This is the same tension in the album from the beginning — the tension between the thing that is fun and the thing that is true, the guitar and the choir.

The final track of Like a Prayer begins how the album begins: with a raucous, muscular guitar. But this time, the church choir doesn’t cut it off. Instead, the choir hollers their approval and begins clapping along. In a solemn voice, sometimes reciting and sometimes singing, Madonna performs a Catholic prayer of contrition. “Oh my God, I am heartily sorry for having offended Thee.” For a moment, it seems that the tension has been resolved. Guitar and choir can coexist. As the prayer concludes, Madonna seems to find herself at a reservation desk — the front desk of Heaven, probably. “I have a reservation,” she says confidently. “I have a reservation,” she repeats. And how does the album end? With Madonna belligerently bellowing, “Whaddya mean it’s not in the computer!”

Ah well, perhaps she won’t get into Heaven after all. Perhaps that tension between guitar and choir cannot be resolved. Madonna’s priorities were never really in doubt, anyway. By mixing the sacred and the profane in a way sure to draw attention, Madonna went from being a regular old star to one of the most famous people on the planet. Of course, courting controversy for profit is as old as profit. But the way Madonna manipulated the media provided a blueprint for generations of the scandal-inclined.

More importantly, the music was fresh, honest, and real: a bubblegum pop exorcism. By making her music more personal, Madonna did more than improve on her earlier records. She stretched the boundaries of popular music and cemented her place as one of the greatest artists of our time.

Check out all the Madonna vinyl you’ll ever need here.