Frontman Al Barr comes to his bandmate's defense: "This is our house!" 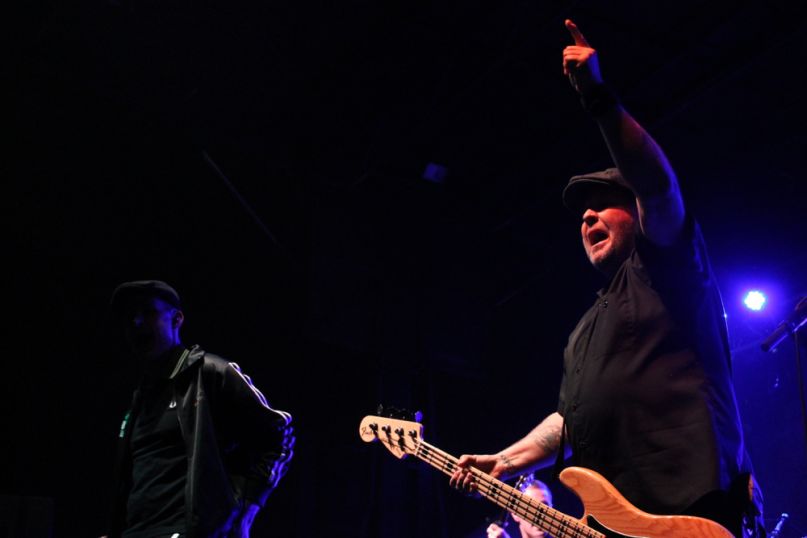 As TMZ reports, Casey had handed down his mic to a nearby fan in the crowd, who then refused to give it back. Casey then proceeded to tussle with the fan, going as far to draw blood, before being pulled back onto the stage.


However, it didn’t end there, as Casey evaded security and dove back into the crowd to further engage the fan. Fortunately for him, the unruly fan was eventually escorted out of the venue, no arrests were made, and the band was able to finish their set.

“So, we’ve been doing this for a number of years,” frontman Al Barr explained to his fans, “and having been here for 21 of those years, this is not new. I haven’t seen the old man bleed, but this not new. See, when we invite you guys to come to one of our shows, it’s like we’re saying, ‘Come to our house,’ and when someone disrespects us, it’s like you’re disrespecting us in our own house. This is our house!”

Watch footage below. It should be noted that this isn’t the first time Casey has been in a tussle with a fan. As TMZ points out, the bassist similarly brawled with a fan in 2013 at New York City’s Terminal 5, all of which you can revisit here.