Finally, a comedy that understands the absolute filthiness of 12-year-old boys 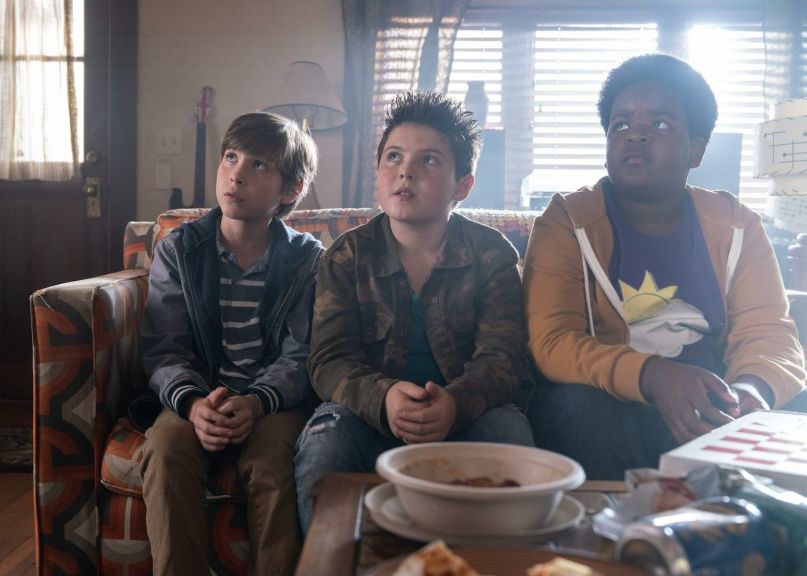 It’s a banner day for red-band trailers happening to feature DJ Shadow and Run the Jewels’ “Nobody Speak”, apparently. Not only did the song pop up in the first look at Olivia Wilde’s raunchy teen comedy Booksmart, it’s also being used to hype another foulmouthed summer comedy. In this case, however, it’s less a teen comedy than a preteen one.

Good Boys, which like several other major upcoming titles is premiering at SXSW this week, follows a trio of typically awkward and frequently weird 12-year-olds: Max (Jacob Tremblay), Lucas (Keith L. Williams), and Thor (Brady Noon). Over the course of a wild day leading up to their first makeout party, the boys attempt to come of age using anything their world will allow, from filthy Google searches to attempted beer theft. But as the stakes escalate, and they wind up saddled with their babysitter’s stash of MDMA, the boys are forced to realize that consequences will find you sooner than you think.

It’s a weird premise, especially for the hard-R comedy the movie’s first red band trailer promises, mostly given the age of its protagonists. But pretending that everybody isn’t a weird mess of misinformation and hormones around that age is pretending against the human experience, and we’re hopeful Good Boys will be able to nail the balance. (Check back later this week for the CoS review as part of our ongoing SXSW 2019 coverage.)

Good Boys will hit theaters on August 16th, but in the meantime, you can check out the red-band trailer, which includes a riff involving producer Seth Rogen about how the red band forbids the movie’s stars from watching.