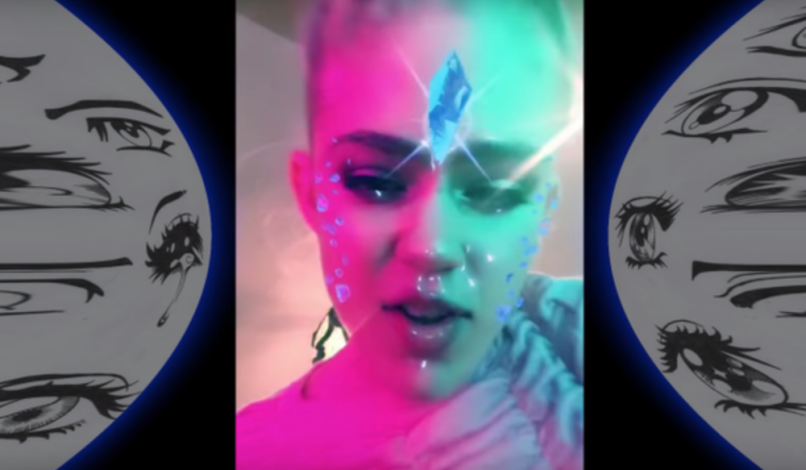 Grimes teased her forthcoming album in December with a new single called “We Appreciate Power”. She’s now back with another release, but it’s taken from a much different project — an “augmented reality” musical that features Grimes “sub-members” à la Gorillaz.

Today’s offering is a demo for a new song titled “Pretty Dark”. In the YouTube description for the track, Grimes explicitly stated it’s “NOT OFFICIAL GRIMES MUSIC/ NOT THE ALBUM;” instead, it’s pulled “from an AR musical I’m working on,” which she plans on previewing pretty much whenever she feels like it.

“But while I’m finishing my album I’m just gonna start casually dropping stuff as I see fit,” she wrote. “Been doing this exercise where I try to write and produce a whole song in like ~1-2 hrs… f*ck technical proficiency and whatnot.”

Grimes also offered more details on her “band”, which has more in common with Gorillaz than Grimes proper, and whose characters are from her upcoming AR book/musical:

“so gna start making AR (or illustrated?) ‘sub-members’ within Grimes (The art angels, as it were lol).
(Kinda like the Loona sub-bands X the Gorillaz?…
..psychedelic post k pop-ish fake band for my non-Grimes musical ventures)

_They are the main characters from the book/ musical im working on.. (AKA im bored of being so precious abt music and also feeling boxed in by the Grimes branding and I have this whole other world that’s rly fun to write for..”

For those who don’t know, Loona refers to a K-Pop girlband whose 12 members break down into three “subunits,” sort of like a rap collective with its various separate groups.

Check out the “Pretty Dark” demo via its accompanying video below.

Grimes is no stranger to the K-Pop world, as she previously collaborated with Loona on “love4eva”. Grimes’ last album, Art Angels, came out way back in 2015. Earlier this year, she unexpectedly teamed up with Bring Me the Horizon on a song dubbed “Nihilist Blues”.

Outside of music, Grimes has bee tangled up in romantic and legal drama with Elon Musk; she was recently subpoenaed as part of a class action lawsuit against the Tesla co-founder over his infamous “$420 a share” tweet.