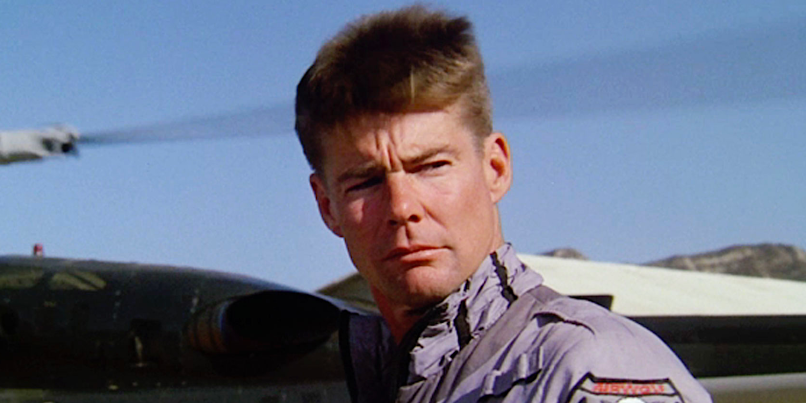 Veteran actor Jan-Michael Vincent has died at the age of 73. Best known for his starring role on the ’80s TV series Airwolf, Vincent passed away of cardiac arrest back on February 10th, but his death was just reported today (March 8th) by TMZ.

Vincent’s career started in the late ’60s, when he appeared on such TV series as Lassie and Bonanza. His noteworthy credits among the dozens of films in which he acted include Big Wednesday, with Gary Busey; Hooper, with Burt Reynolds; and Hard Country, opposite Kim Basinger.

However, it was Airwolf that truly made Vincent a star. The show, which aired on CBS from 1984 through 1986, starred Vincent as a military helicopter pilot named Stringfellow Hawke. At one point, Vincent was the highest paid actor on network television, pulling in $200,000 per episode.

Vincent battled drug and alcohol issues throughout his career, and after the show ended, he mostly appeared in low-budget, straight-to-video movies. He also was involved in a number of automobile crashes and was arrested at different times for drunk driving and public drunkenness.

In 2012, Vincent’s right leg was amputated below the knee after he contracted an infection.

According to TMZ, Vincent died at a North Carolina hospital and was later cremated. A look at the ups and downs of Vincent’s life and career can be seen in the video below: