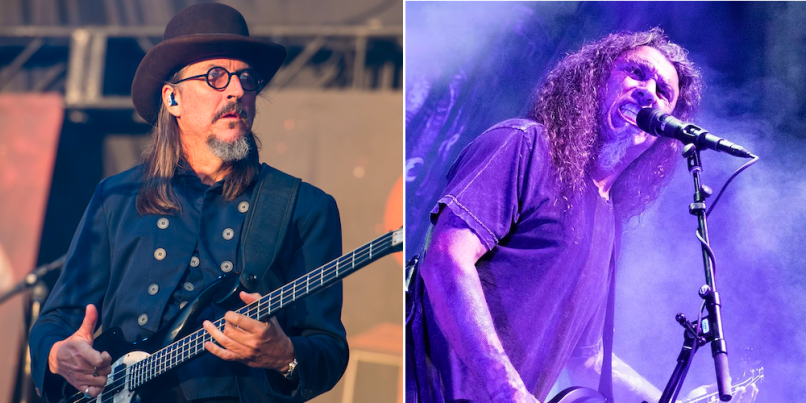 Les Claypool let the cat out of the bag by revealing that Primus will be supporting Slayer on the final leg of the legendary thrash metal band’s ongoing farewell tour. The Primus frontman let the news slip while guesting on comedian Bill Burr’s podcast.

“There’s another thing too that’s kind of a secret but maybe I can tell you now,” began Claypool. “So, it looks like we’re confirmed, we’re gonna play the last, the very last run supporting Slayer’s very last tour — Primus is. It’s starting at Madison Square Garden and ending at The Forum, that’s the rumor.”


We’re guessing that Slayer and their peeps were hoping Claypool would keep it a secret, but now that it’s out there, that’s a pretty cool bill. Slayer embarked on their farewell tour last year, with Lamb of God and Anthrax consistently providing support throughout. Behemoth, Testament, and Napalm Death have also been along for the ride at select legs.

Next up for Slayer is a spring North American leg featuring Lamb of God, Amon Amarth, and Cannibal Corpse. That jaunt kicks off May 2nd in Phoenix, Arizona, and runs through a May 25th show in Mansfield, Massachusetts. After that, the thrash masters head to Europe for a number of headlining shows and festival dates. You can grab tickets for all upcoming Slayer shows here.

Given that Claypool mentioned New York’s Madison Square Garden and Los Angeles’ The Forum — both indoor arenas — we’re guessing that the final leg will take place in the cooler months, possibly the upcoming fall and winter.

While chatting with Burr, Claypool also reminisced about his days in high school with Metallica guitarist Kirk Hammett, saying, “Kirk was in my algebra class with Mr. Kelly. Kirk had this dirty white t-shirt with big thick pop bottle glasses and he sat behind me divvying up dimebags and looking at guitar magazines. I remember, cause I would always be singing these songs and he would be like, ‘Hey, Claypool, hey man, you want to come sing for my band?’ And I was too bashful to sing. I can barely sing now. So when it came down to it I couldn’t do it.”

As for Primus, they currently have no tour dates scheduled. Their last album was 2017’s The Desaturating Seven, which you can pick up on vinyl and other formats here.

Listen to Les Claypool on Bill Burr’s podcast below.