The fiery single serves as a preview of his upcoming LP, Eternal Atake 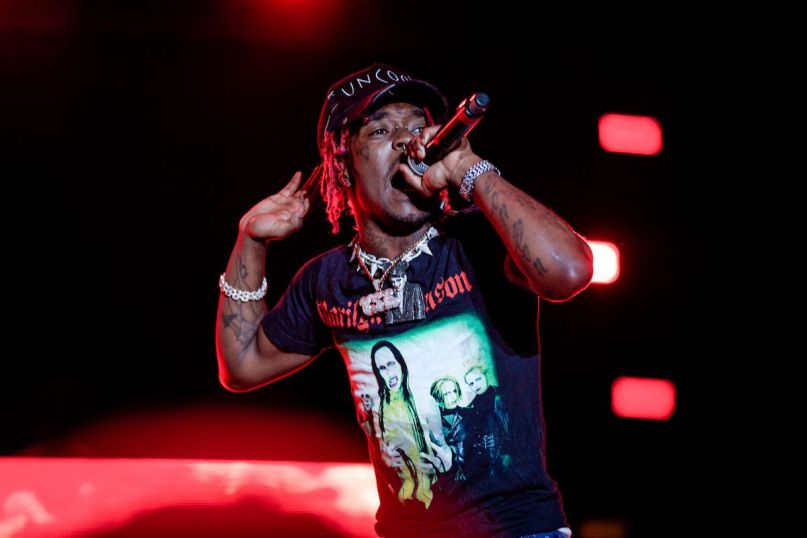 Lil Uzi Vert’s 2019 has gotten off to a rocky start, with the Luv Is Rage 2 creator first declaring he was “done with music” in mid-January. A day later, he backpedaled, explaining that his record label, Generation Now, was preventing him releasing music. Now, the rapper has released a new song “Free Uzi” that seemingly alludes to the drama.

Per a report from Complex, Uzi’s much-hyped sophomore album Eternal Atake has been finished since at least December. In the past few weeks, the hip-hop favorite ramped up his “Free Uzi” social media campaign against his original label. After revealing earlier in the week that he turned to Roc Nation for help, yesterday, he was officially added to the roster of the Jay Z imprint, which undoubtedly facilitated today’s single.

🗣 UZI BACK IN THE STUDIO pic.twitter.com/Y9dpAzksZG

Lil Uzi Vert’s new track “Free Uzi” draws its name from the ongoing debacle. The song, which was released on Soundcloud and Jay Z’s streaming platform TIDAL, marks the rapper’s first new music in 2019. Though the single doesn’t directly call out Generation Now, Uzi hints at his grievances, offering pointed lines like “I can’t trust none of these niggas, might turn on me/ I’m still a millionaire, this shit not hurtin’ me/ But it’s hurtin’ you.” He also details past problems with the IRS, noting, “Had to get my business together/I had $3 million in taxes/I got it all off on this level/They said it’s $3 million missing/I ain’t say nothing, I stay level.”

Update: Watch the track’s video below.

While “Free Uzi” is the Philly-based artist’s first standalone track of the year, Uzi has appeared as a guest collaborator on “Multi Millionaire” off Lil Pump’s late-February release Harverd Dropout. He has also been announced on a number of international summer festival, including Soundset, Rolling Loud, Something in the Water, and others.