Mad About You returning with Paul Reiser and Helen Hunt 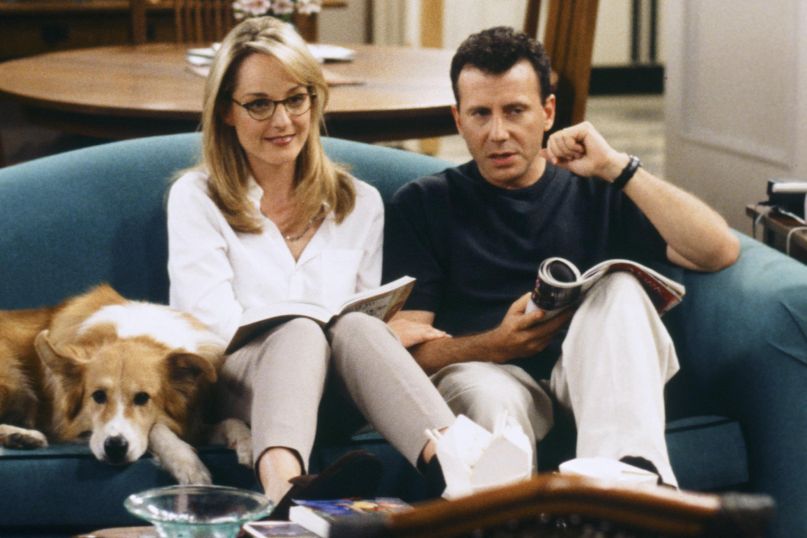 Mad About You (NBC)

Mad About You is returning to television. After toiling away in development hell for years, the much-delayed revival has finally been given the greenlight, as Deadline reports it’s been picked up by Charter Communications’ premium content platform, Spectrum Originals.

Original stars Paul Reiser and Helen Hunt will reprise their roles as New York couple Paul and Jamie Buchman, while original showrunner Peter Tolan has returned to steer what’s being billed as a limited series. It’s currently set for a late 2019 launch with Hunt to direct the first episode.

“We are so excited to finally be doing this and thrilled to have Peter Tolan as our fearless captain,” Reiser and Hunt said in a joint statement. “We promise you the same funny and heartwarming show – as soon as we can remember what’s funny about being older. It’s going to be great!”

The new show picks up 20 years after the 1999 series finale and finds the Buchmans as empty-nesters who are wrestling with their marriage, the highs and lows of middle age, and, naturally, everything that goes with raising an unwieldy daughter such as Mabel. Whether or not Janeane Garofalo will return as Mabel, who appeared in the series finale as their daughter in the future, remains to be seen, though it’s probably unlikely.

Mad About You initially aired for seven seasons on NBC from September 23, 1992 to May 24, 1999. The show was actually part of a larger Must See Thursday universe that included other sitcom juggernauts such as Friends and Seinfeld.

Revisit the original opening below.