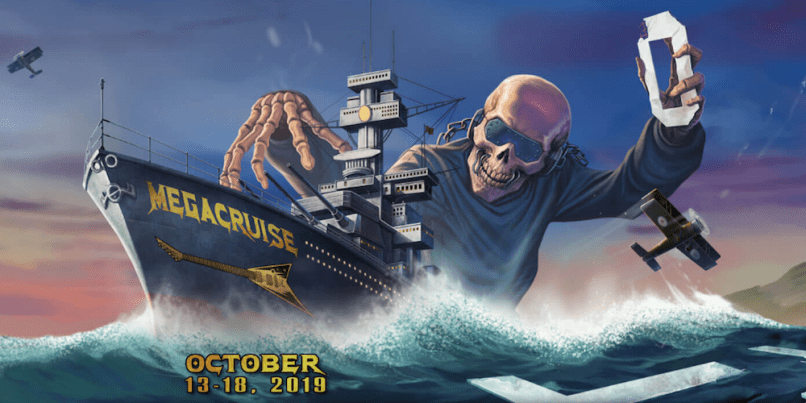 The cruise departs on the Norwegian Jewel in Los Angeles on October 13th, 2019, stopping at two ports of call in San Diego, California, and Ensenada, Mexico, before returning to L.A. on October 18th. There will also be a pre-party in L.A. with details to be announced.

With the addition of Death Angel, fresh off their new single, the lineup features a number of acts appearing in the forthcoming documentary Murder in the Front Row, which tells the story of the Bay Area thrash-metal scene and will premiere next month in San Francisco.

It’s also a lively season for Megadeth themselves, with a new album in the making and an upcoming North American trek supporting Ozzy Osbourne (tickets available here). Megadeth also just unleashed the career-spanning anthology Warheads on Foreheads this past Friday, with plans to release a companion 350-page graphic novel, Death by Design, in June.