A tribute performance in Trent Reznor's hometown of Cleveland 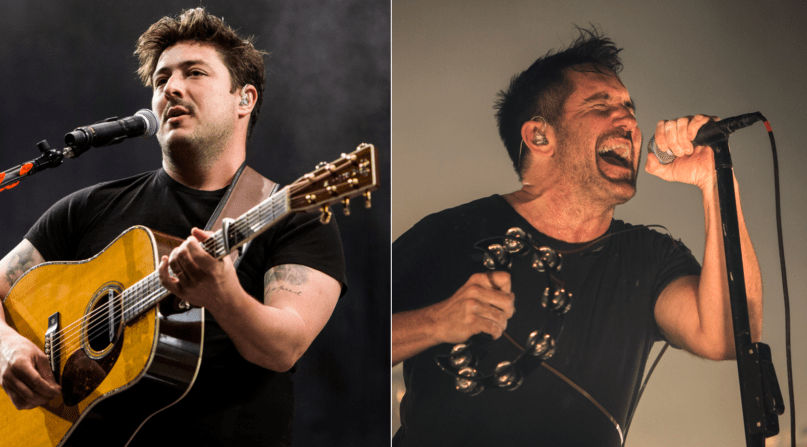 Mumford and Sons may not seem like obvious disciples of Nine Inch Nails. However, on Saturday night, while performing in Trent Reznor’s hometown of Cleveland, the UK folk rockers marked the 25th anniversary of The Downward Spiral by covering NIN’s seminal song, “Hurt”. Watch fan-shot footage below (via Stereogum).

The Mumfords are currently on a lengthy tour in support of their latest album, Delta (get tickets here). Meanwhile, NIN have teamed up with Marvel for a limited-edition Captain Marvel t-shirt.