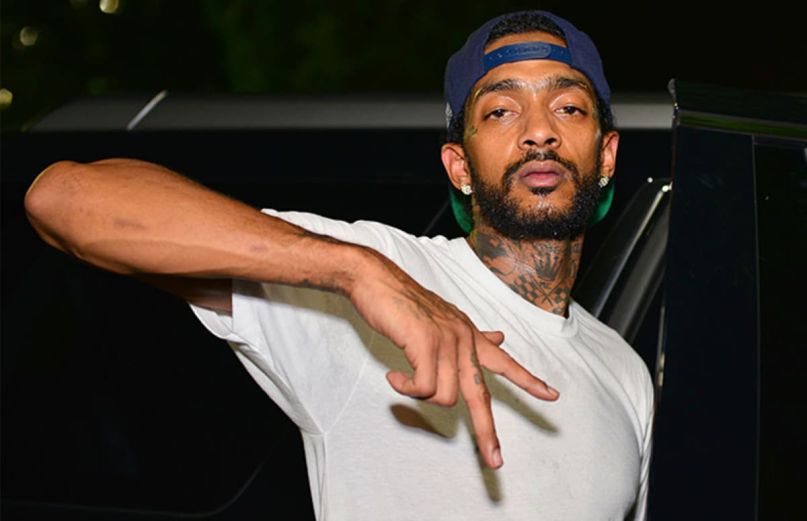 Nipsey Hussle was reportedly shot and killed in Los Angeles on Sunday afternoon.

TMZ reports that three people were shot at the rapper’s Marathon Clothing Company in Los Angeles’ Hyde Park neighborhood. Nipsey Hussle, born Ermias Davidson Asghedom, was transported to a local hospital, where he was pronounced dead a short time later. He was 33 years old.

Nipsey Hussle is said to have ties to the Crips gang. Shortly before his murder, he tweeted, “Having strong enemies is a blessing.”

Having strong enemies is a blessing.

Following a series of well-received mixtapes, Nipsey Hussle released his major label debut, Victory Lap, through Atlantic Records in February 2018. The album, which featured collaborations with Kendrick Lamar, Diddy, and YG, debuted at No. 4 and was nominated for Best Rap Album at the 2019 Grammy Awards.

Many of Nipsy Hussle’s former collaborators and other members of the hip-hop community reacted to news of his death on social media.

“This doesn’t make any sense! My spirit is shaken by this! Dear God may His spirit Rest In Peace and May You grant divine comfort to all his loved ones! 💔🙏🏿” tweeted Rihanna. “I’m so sorry this happened to you.”

Added Drake, “Fuck. My whole energy is just at a low right now hearing this. We just linked for the first time in years and said we were gonna do a new song this summer cause it had been too long. You were having the best run and I was so happy watching from distance fam nobody ever talks down on your name you were a real one to your people and to the rest of us. I’m only doing this here cause I want the world to know I saw you as a man of respect and a don. Rest easy my g.”

This doesn’t make any sense! My spirit is shaken by this! Dear God may His spirit Rest In Peace and May You grant divine comfort to all his loved ones! 💔🙏🏿
I’m so sorry this happened to you @nipseyhussle pic.twitter.com/rKZ2agxm2a

MY HEART GOES OUT TO NIP N HIS FAM MAN , THIS MAN WAS ON THE RIGHT PATH AND DOING BETTER IN LIFE , N NIGGAS DO THIS EVIL SHIT, THIS GAME IS SO SHADY ITS DISGUSTING, RIP TO ONE OF THE ONLY REAL ONES LEFT @NipseyHussle 🙏🏽 SLEEP IN PEACE KING

RIP Nipsey man. This is tragic

Broke me…. we really fighting for our lives against our own kind and really have to take risk and match the level of hatred that we are born in .. I’m tired 🙏🏾 prayers for my brother and his family

Listen to a selection of Nipsey Hussle’s musical output below: