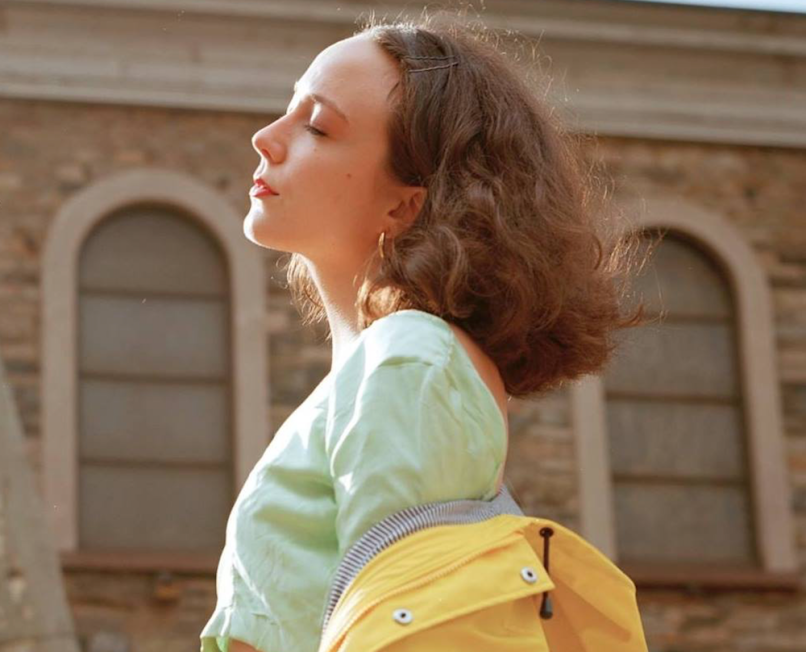 Following her breakout debut single, “Sororicide”, New York’s Raffaella inked a deal with Mom + Pop. The up-and-coming alt-pop songwriter is said to be diligently working on her debut EP for the renowned local indie label, which has put out records by Courtney Barnett, Sunflower Bean, and Tash Sultana.

Raffaella gave us a peek at her new material with last summer’s impressive “Bruce Willis” single. Today, she’s back with “NASA’s Fake”, a tune that continues to showcase her solid, but still evolving, songwriting skills and sound. Its message of “Leave your problems at the door, and instead just dance” is also a piece of sage advice everyone could probably use right about now given our sad state of affairs.

On the track, Raffaella runs into minor inconvenience after minor inconvenience (an ignorant doctor, late drug dealer, misspelled name), but ultimately decides to let it all go. And it’s through this that she finds a sense of freedom and lightness. She explained in a press statement:

“The night we wrote it I got home and showed it to my sister and then, soon after, started complaining to her about something stupid and momentary and she started singing the song back to me — right away I realized my problems were really not that bad… that’s what the song’s meant for, it’s like a reminder you can dance to.”

Previous Story
Paul Simon comes out of retirement to headline Outside Lands Festival
Next Story
Dream Theater’s John Petrucci on Rush: “That was the band that changed everything”
Popular
More Stories
[fu-upload-form form_layout="media" title="Submit Your Photo"][input type="hidden" name="ugc" value="1"][/fu-upload-form]