Replay the full 20-song performance in its entirety 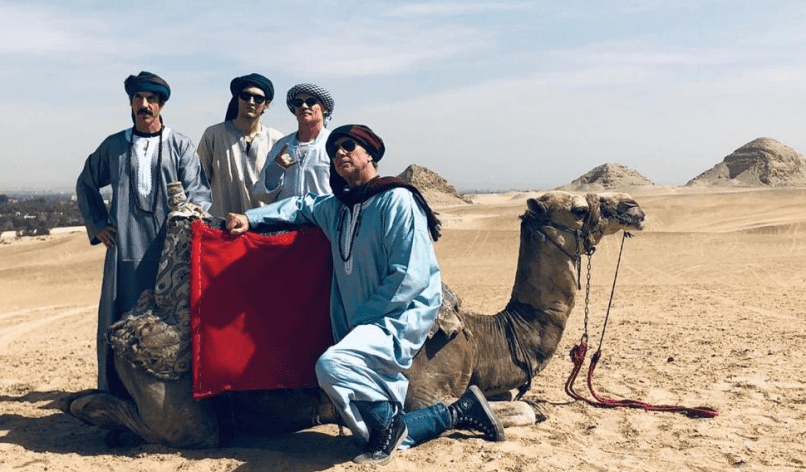 On Friday, Red Hot Chili Peppers joined a select group of artists to have performed a concert at the Great Pyramids of Giza, Egypt. One of the Seven Wonders of the Ancient World, the pyramids previously welcomed the likes of Grateful Dead, Frank Sinatra, Yanni, and Sting, among others.

For their turn, Chili Peppers delivered a career-spanning 20-song set featuring fan favorites (“Californication”, “Under the Bridge”, “By the Way”) alongside material from their most recent album, 2016’s The Getaway. They also covered The Stooges’ “I Wanna Be Your Dog”.

But the real highlight came during the band’s encore, when guitarist Josh Klinghoffer marked the historic occasion by performing a solo piano version of Radiohead’s “Pyramid Song”.

The entire concert was broadcast live on the band’s YouTube channel, and you can replay it in full below.

Red Hot Chili Peppers recently wrapped up an Australian tour, during which they shared the stage with George Clinton. In the coming months, they have festival appearances scheduled in California, Brazil, and Japan. They’re said to be working on a new album.

We are thrilled to welcome Red Hot Chili Peppers at our renowned Pyramids & Sphinx of Giza. Live streaming the performance online & sharing that with fans across the globe is an invitation for everyone to witness our amazing history & be part of our present and future. #RHCPEgypt pic.twitter.com/QFNfnPml7O