Robyn performs stunning rendition of “Ever Again” on Colbert: Watch

The song serves as the closing track for last year's Honey 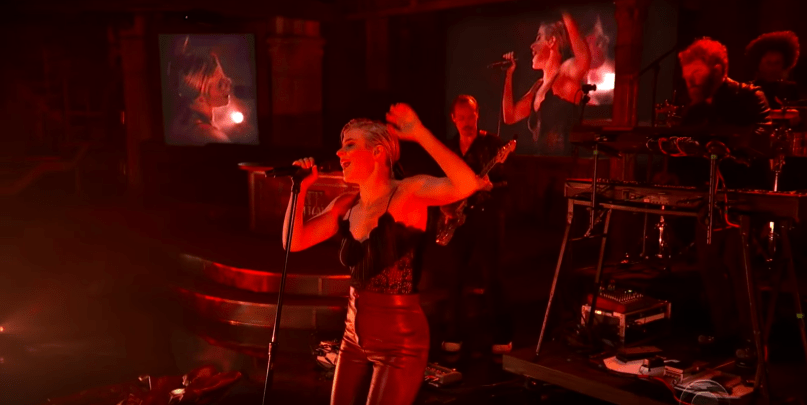 Robyn on the The Late Show with Stephen Colbert

Last fall, Robyn released her first new album in eight years, Honey. In the months since, the Swedish singer has been on a tear supporting the record. After releasing new collaborations with Kindness (“Cry Everything”) and Beck and The Lonely Island (“Super Cool”), the international pop star kept the momentum going by appearing on Tuesday night’s Late Show with Stephen Colbert.

For the late-night performance, Robyn sang “Ever Again”, the final track on her follow-up to 2010’s Body Talk. With a full band featuring two back-up singers, the electro-pop queen moved through the optimistic and upbeat tune with grace. After an ad-libbed note to the crowd — “You know you can trust me, right?” — and whipping off her jacket, the singer built the song to its final, dance-inducing climax.


You can watch the performance for yourself below.

Robyn is currently on her European and North American tour, which earned her a spot on our 30 Most Anticipated Tours of 2019 list. You can secure tickets to the upcoming dates here.

If you’d like to add Robyn to your vinyl collection, pick some up here.