The tour is set to kick off on June 1st, with dates to be announced shortly 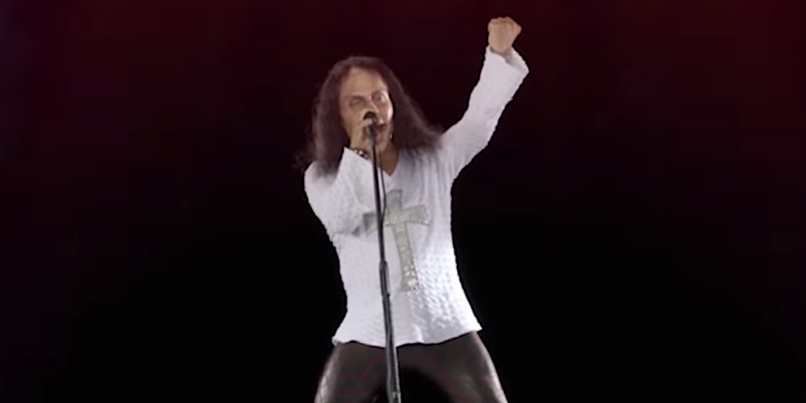 If you’re curious about what the upcoming Ronnie James Dio hologram tour will look like, a new video trailer offers a good glimpse of what to expect.

Back in November, it was reported that the Dio hologram tour would play roughly 100 dates beginning in 2019, and it has now been revealed that those shows will kick off on June 1st, although no itinerary has been unveiled yet.


The Dio hologram shows have been staged before, with performances at the 2016 Wacken Open Air festival in Germany and at the 2017 Pollstar Awards, plus a brief trek of Europe in late 2017.

The “Dio Returns” trek will follow “The Bizarre World of Frank Zappa” tour, which kicks off in April, and features a hologram of the late experimental rocker.

See the “Dio Returns” tour trailer below, and catch up on the Dio discography at Reverb LP.