Americans believe SNL has gotten “too political,” according to new poll 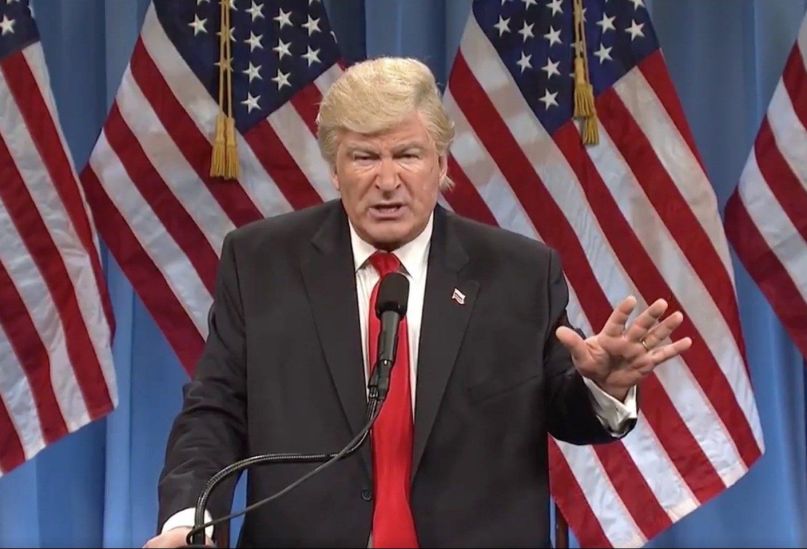 Ever since all that weird stuff happened in November 2016, Saturday Night Live has found itself plunged into a bit of an identity crisis. Although the show is still posting solid ratings, and its cast is starting to put its wildly disparate comic sensibilities together, it’s been struggling with how much time to spend on a presidency too unfathomable to be all that funny. It’s tough to imagine even some of the best comedy writers working today finding a better joke than “confused old racist serves molting fast food to national college football champions”, after all, so SNL finds itself doing fairly thankless work when it comes to the show’s topical cold opens.

A recent Hollywood Reporter/Morning Consult poll on late-night TV viewers habits includes a glut of questions about SNL, along with other inquiries about various talk shows on broadcast TV, cable, and streaming platforms. Among the more interesting findings is the revelation that 39% of SNL viewers find the show to have become “too political”, while another 30% disagree with the same sentiment. Polled viewers appear to be similarly split on whether the show has too much political content, while generally acknowledging a dominant liberal bias in the show’s humor at large.

Spending a few minutes with the 38-page poll offers quite a bit of insight into late-night viewers’ tastes, at least among those involved in the study. While much of it offers results that most audiences will expect (Late night shows lean politically left! Conservative audiences do not enjoy many of them!), it’s still an intriguing example of the ways in which America’s politics have increasingly come to reflect its digestion of pop culture.

Meanwhile, the current resident of 1600 Pennsylvania Avenue has called on the FCC to investigate whether SNL is colluding with Russia, because 2019.

It’s truly incredible that shows like Saturday Night Live, not funny/no talent, can spend all of their time knocking the same person (me), over & over, without so much of a mention of “the other side.” Like an advertisement without consequences. Same with Late Night Shows……

….Should Federal Election Commission and/or FCC look into this? There must be Collusion with the Democrats and, of course, Russia! Such one sided media coverage, most of it Fake News. Hard to believe I won and am winning. Approval Rating 52%, 93% with Republicans. Sorry! #MAGA

Replay SNL’s very funny spoofing of It’s a Wonderful Life, which seems to have triggered Trump’s latest meltdown — even though it aired three months ago.