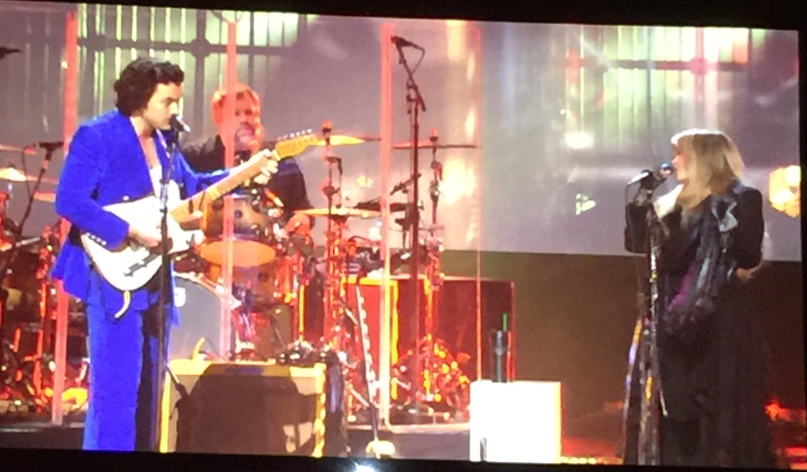 Stevie Nicks was inducted into the Rock & Roll Hall of Fame on Friday during a ceremony at Brooklyn’s Barclays Center. The pop goddess made history as the first female artist to be inducted twice — first as a member of Fleetwood Mac in 1998, then as a solo act.

Nicks kicked off the evening with a performance that included “Stand Back” and “Leather and Lace” featuring Eagles’ Don Henley. She then revisited her Tom Petty collaboration, “Stop Draggin’ My Heart Around”, with Harry Styles filling in for the late rocker. She concluded the set with a performance of her seminal track, “Edge of Seventeen”.

Watch fan-captured clips of the performance below.

Nicks was inducted into the Hall of Fame by Styles, whom she once called “the son I never had.” You can watch clips of here speech here.