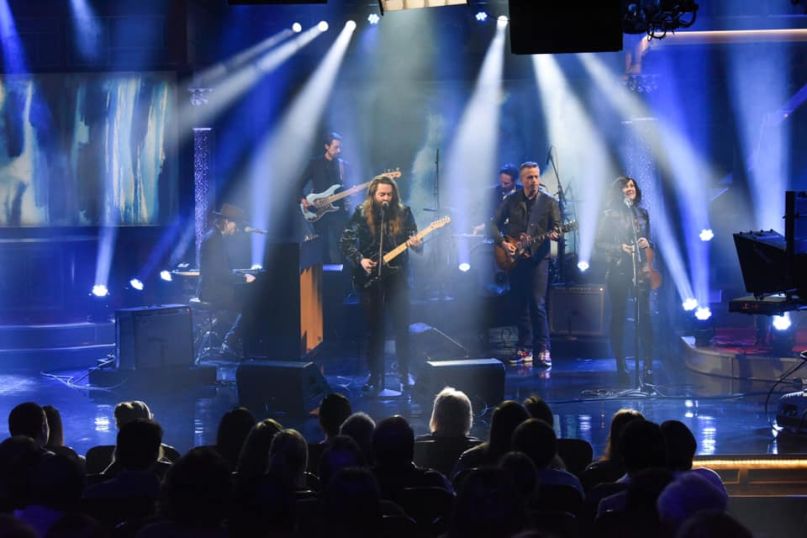 Strand of Oaks’ Timothy Showalter is gearing up for a big 2019 supporting his guest-heavy sixth studio album, Eraserland, which is on the way in May. For an appearance on the Late Show with Stephen Colbert Wednesday night, the singer-songwriter tapped a number of high-profile friends to join him in performing the second single off his record, “Ruby”.

Jason Isbell and My Morning Jacket’s Carl Broemel, Bo Koster, Patrick Hallahan, and Tom Blankenship all teamed with Showalter during parts of the songwriting process for Eraserland. Appropriately, Isbell, Koster, and Blankenship were all on hand for Showalter’s late-night performance. The collective was also joined by Isbell’s frequent collaborator, singer and violinist Amanda Shires, as well as Will Johnson, a prolific indie rocker and member of the supergroup Monsters of Folk.


Described as the “happiest song” the shaggy frontman has ever written, Showalter and company mostly remained true to the official single, sticking close to the format of the upbeat composition, minus new violin ornaments accompanying each verse. You can watch the performance below.

Beginning in April, Strand of Oaks will embark on a lengthy tour, and you can get tickets here.