The Good, The Bad & The Queen share video for “The Truce of Twilight”: Watch

Directed by bassist Paul Simonon using nothing but iPhones 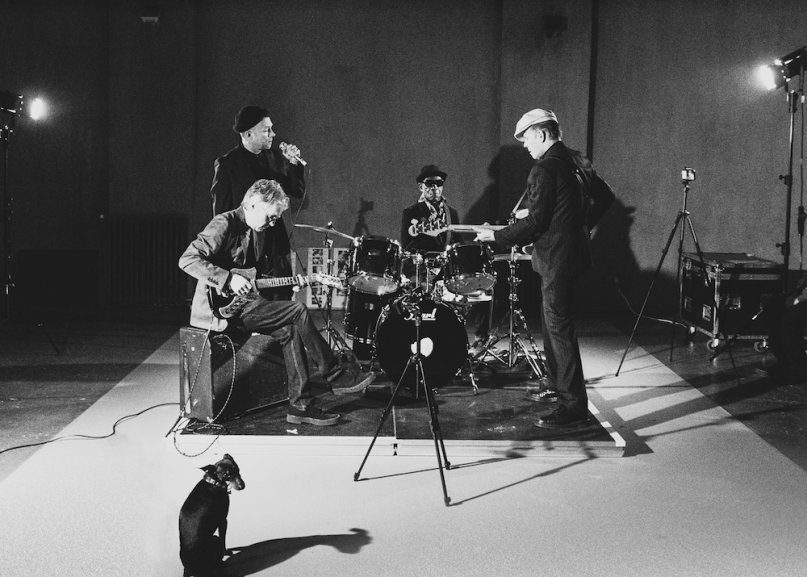 The Good, The Bad & The Queen's "The Truce of Twilight" video

When giving a Track by Track breakdown of The Good, The Bad & The Queen’s first album in 11 years, Merrie Land, former Clash bassist Paul Simonon described “The Truce of Twilight” as a comment on “a nostalgia for a past that never really existed like people imagined.” Now, Simonon has directed a music video for the song that captures that feeling of flawed memory in the simplest of terms.


The clip was shot on a trio of iPhones set up around the band as they performed in a tight formation. Edited in black-and-white and set in what seems to be a small theater, there’s a sense of simpler times permeating the visuals, like it’s asking you to recall when music was more about the sounds than the light shows. (Which could be a bit ironic considering the nature of frontman Damon Albarn’s Gorillaz project.) However, with some tilted angles and drastic lighting paired with the song’s dub-y menace, Simonon hints that the best of times may not have been as uncomplicated as we choose to remember.

The Good, The Bad & The Queen have appearances at a number of European festivals coming up — including BBC 6 Music Festival, Doctor Music Festival, and Rock Werchter — as well as a handful of UK tour dates. Find tickets here, and while you’re at it, pick up some of the band’s records on vinyl over here.