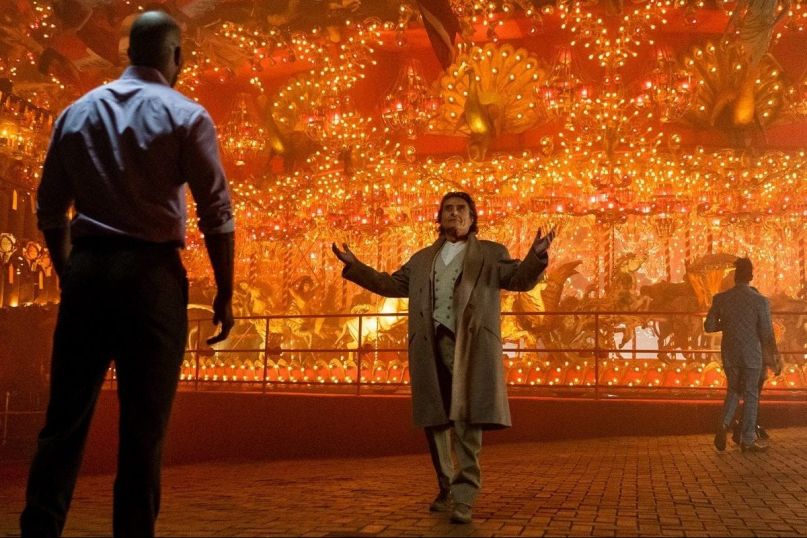 The Pitch: Following the events of season one, Starz’s adaptation of the Neil Gaiman novel sees Old God Mr. Wednesday, aka Odin (Ian McShane), his trusty human bodyguard Shadow Moon (Ricky Whittle), Shadow’s zombified wife Laura (Emily Browning), and gruff leprechaun Mad Sweeney (Pablo Schrieber) making their way to a summit of the old gods at the House on the Rock — that infamous museum of Americana in Wisconsin — to plan their next moves against the New Gods, including the scheming Mr. World (Crispin Glover) and Technical Boy (Bruce Langley).

Mythanthropy: It’s been a long time — nearly two years — since American Gods was last on the air, and a lot’s changed since season one. Showrunner Bryan Fuller is out, replaced by frequent Fuller acolyte Jesse Alexander, as well as a host of other behind-the-scenes turmoil — all of which would be more interesting to dramatize than the wheel-spinning tedium on display in American Gods‘ first episodes of its sophomore season.

While the phrase ‘style over substance’ is an overused phrase, one often meant to dismiss anything slightly cool-looking as shallow, this phrase might well apply here. Directors Christopher J. Byrne and Frederick E.O. Toye certainly play with the dreamlike visuals and strong images established by David Slade’s work on season one, but they don’t amount to much beyond the immediate thrill of the image itself. Wednesday’s entourage driving across a stylized American roadmap is an intriguing effect, but it doesn’t say much beyond the innate weirdness Gaiman’s story attributes to Americana itself. The House on the Rock certainly makes for a dazzling setting for the Old Gods’ meeting, but it takes forever for the meeting to start, the audience left as baffled by the show’s pace as anyone else.

See You Next Wednesday: The characters don’t fare much better, the show’s central crew largely orbiting around a gutsy, pitch-perfect Ian McShane performance. As Mr. Wednesday, McShane is as full of fire and brimstone as ever, his smart-ass growl elevating Alexander and Gaiman’s dialogue in ways few other actors on the show can. He seems to be the show’s major vehicle for Gaiman’s obsession with Americana; in one episode, he offers an impassioned eulogy for a car that’s about to be hit by a train, honoring its godlike forging by American steel workers. McShane’s larger-than-life presence does a lot of the heavy lifting for Gods‘ character work — he’s the only one who really feels like an ancient, ancestral figure wearied and emboldened by his millennia of living, and that’s always a wonder to behold.

While Schrieber and Browning (and to a lesser extent, Orlando Jones‘ irreverent Anansi) find little moments to make their characters stand out, Whittle’s Shadow Moon is still a blank slate of a protagonist, even after a second episode where a captured Shadow Moon flashes back to memories of trying to help people in childhood. Gaiman’s worlds are so wild and imaginative, having an audience surrogate character like this almost feels superfluous — he’ll continue to be confused about the way the Gods work, and so will we.

Gaiman the System: Perhaps much of the second season of American Gods‘ early failings stems from the show’s new mandate to follow the Gaiman book more strictly, the first season’s deviations abandoned in favor of hard course-correction hard into the novel’s main story. The results are unfocused, the dull twists and opaque dialogue of the characters preventing them from being anything more than avatars for some of Gaiman’s headier concepts. Even Crispin Glover’s innate weirdness can’t overcome the leaden nature of his overwrought dialogue, which is saying something.

Comparisons abound between this show and FX’s Legion — two genre shows with strong visual styles and similarly inscrutable storytelling. But the latter show’s major writing flaws aside, Legion at least feels like it’s exploring a world with strong, well-drawn characters; American Gods‘ second season feels like the start to an entirely different show, and a weaker one at that.

The Verdict: It’s impossible to tell whether American Gods will right the ship after this disastrously meandering start to its second season, but the tea leaves don’t offer many encouraging signs. Given the host of production snafus, and the dismissal of Alexander ahead of the show’s return, who knows if Gaiman’s deeply strange look at the old gods trying to survive in a world that doesn’t need them anymore will get its feet back from under it. Until then, just sit back, look at the pretty pictures, and pray for a season that figures out how to bring in its audience.