TV Review: The Case Against Adnan Syed Takes an Affirming Approach to the Serial Mystery

For better and worse, this four-part HBO miniseries knows who it believes 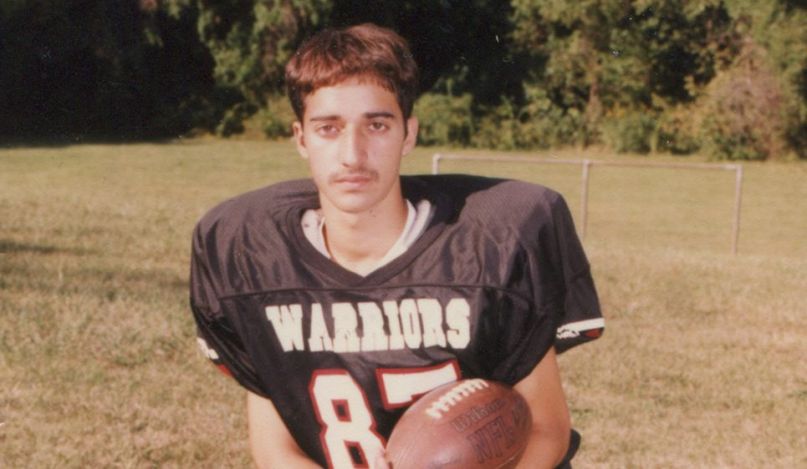 The Case Against Adnan Syed (HBO)

The Pitch: I don’t know why, maybe it was the title — The Case Against Adnan Syed — but at first I thought that HBO’s new miniseries was going to do what the first season of Serial did not: make the case that Syed did kill his girlfriend Hae Min Lee back in 1999.

Like many listeners, I have strong personal doubts that he did, but what made Serial so compelling — other than being the first of its kind in a lot of ways — was that producer Sarah Koenig let the ambiguity of his innocence hang in the air. She broke the fourth wall, something the true-crime genre wasn’t doing too often back then, and openly debated with her co-producer about the things she had just heard. Despite what Syed said, they could get from the school to Best Buy in enough time to kill Hae Min Lee; the hosts made the drive themselves. For better or worse, true-crime storytelling loses some of its intensity when we know the subject is innocent from the beginning.

The Case Against The Case Against: That’s where HBO’s The Case Against Adnan Syed falters. It takes Adnan’s innocence as a given. Syed family friend Rabia Chaudry (whose letter to Koenig about the case served as the catalyst for the podcast and then faded to the background) plays a central role here, carrying us from one stage of Adnan’s appeal to the next. As much as I empathize with Syed, the resulting product feels cloaked in an explicit agenda (#FreeAdnan) that Serial never had. But for those who have followed the case, there’s at least enough divergence from the podcast’s structure to draw you in.

Where The Docuseries Does Top Serial: If you liked the mood that Montage of Heck, the 2015 Kurt Cobain documentary, was able to invoke via animation, you’ll find a satisfying successor in The Case Against’s first episode. The magic of animation brings Hae Min Lee back to life, a glaring omission in the actual podcast. Words from her diary, and sometimes from Hae Min herself, are animated onscreen, giving us a clearer understanding of where Adnan and Hae really stood. The effect is both whimsical and heartbreaking. It’s lovely to vividly remember what it’s like to fall in and out of love, day by day.

Of course, once Lee passes away, the series doesn’t just lose her voice, but this poetic tone as well. She’s not completely forgotten, as the impact on the local Korean community reenters the picture for a bit in episode 3, but it feels like a brief aside — hardly the big-picture examination that documentaries like OJ: Made in America were able to offer. The main reason the brief aside into the Korean community is successful is giving a more developed voice to the Lee family, who still very much think that Adnan is to blame. It’s easier to empathize now that director Amy Berg has clued audiences in on the upward struggle the Korean-American community faced while seeking justice in similar cases around the same time in Baltimore.

Oh, By the Way, Freddie Gray…: A lot has happened in the public consciousness since Serial aired in 2014. For anyone even vaguely engaged in politics, the city of Baltimore carries with it connotations of police corruption, most strikingly because of the 2015 death of an unarmed black man under arrest named Freddie Gray. In the second episode of The Case Against, we’re guided to look out the passenger window of a subject’s car, who lets us know “that’s where Freddie Gray was picked up.”

Since this latest series clearly believes in Adnan’s innocence, and implicitly suggests that Adnan was the easiest suspect and the rest was a matter of lazy police work, why not double-down on zooming the lens out from Adnan and onto the larger city’s corruption? There’s only a bit of that larger perspective present via interviews with prosecutors, who subtly seem to say that they just act on what the police give them, and they suspect that the police sometimes give them crap.

But it’d be more impactful if the show really committed to this messaging. Ironically, what the show could maybe have benefitted from is a bit of Serial: Season 3, in which Koenig looks in-depth at injustice within the US court system. Instead our mistrust of the police’s case comes less from what The Case Against Adnan Syed presents, and more from what the viewer brings to the screening. Ideally, that includes a previous viewing of Making a Murderer, where the viewer is left with no doubts about the realities of police corruption.

What truly almost sets the series apart is when it begins to suggest that Jay, the principal witness against Adnan, was a victim of police manipulation. But whether there’s just not enough evidence, or there was too much to cover, this thread is more or less left as a hypothesis and nothing more. In general, The Case Against Adnan Syed suffers from a lack of specificity. Pick an argument and thoroughly make it — as it is, it’s just retelling the story briefly and catching us up to the appeal.

The Verdict: From Inside Job to The Jinx, HBO has shown us that they’re among the best at producing sleek, bingeable true-crime documentaries. On the surface, The Case Against Adnan Syed is no different. It’s just that when it comes to subjects for documentarians, there’s really two camps: the new and revelatory, and the tried and true. The Case Against Adnan Syed falls firmly into the second camp. There’s no big ambition here. It’s been five years since the podcast, so now we have a companion series. It checks the many boxes it knows it ought to: how does this fit into larger conversations about race? How does this fit into our conversation about cops and corruption? It just doesn’t answer either question in depth or in any satisfying way. All it ultimately offers is another reminder that Adnan Syed is still in jail. And that maybe that was the only goal to begin with.