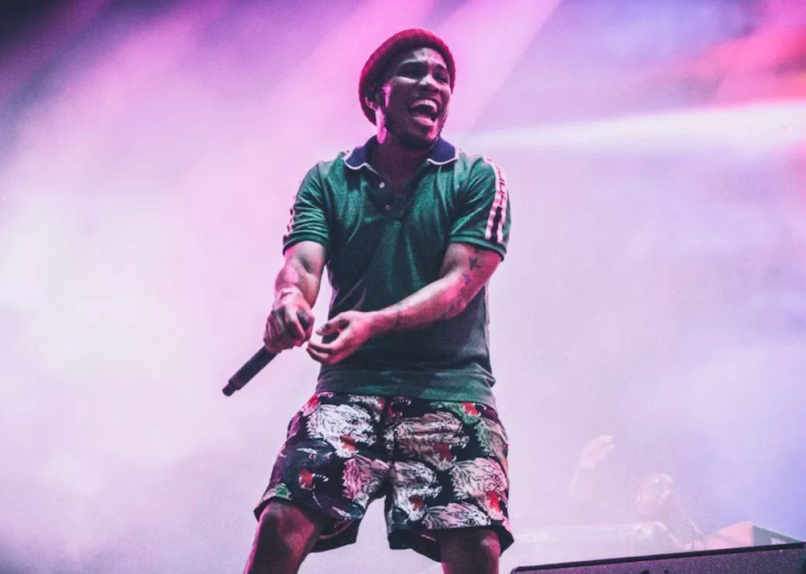 This article is sponsored by StubHub

It’s currently 45 and drizzling here in Chicago, where spring feels like a false promise and summer a cruel impossibility. At this time of year, it’s easy to see something like the stacked lineup for Coachella 2019…

…and sink deep into an envy spiral just thinking of all that desert fun you’re not currently having. We know. We’re feeling it right now.

But wait. There’s a way out, and it leads to StubHub, the online ticket marketplace that offers access to must-see shows and events in more than 50 countries around the world. Right now, you can snag your own last-minute Coachella tickets and bust the late-winter doldrums into a spontaneous spring break.

You can even make your own Coachella: After we broke ourselves out of our jealousy-induced stupor, we scoured this year’s lineup for 20 of our favorite Coachella bands that have more shows coming up around the country throughout the spring and summer.

From Ariana Grande and Billie Eilish to Lizzo and The 1975, great bands are headed your way. Wanna see ’em? Head over to StubHub, where you can snag some tickets and start counting down the days in just a few simple clicks.

Even if Kacey Musgraves’ 2018 album, Golden Hour, hadn’t been a minor masterpiece of neo-outlaw country, we would’ve loved it for “Velvet Elvis” alone. (What can we say? We’ve got a soft spot for the King.) Musgraves represents a rare country booking for Coachella, but her singer-songwriter vulnerabilities and genre-hopping sonics leave her more than up to the task of repping Nashville and all points south. She’ll do the same at lots of other summer festivals this year, before a few solo dates give her the chance at the solo spotlight.

Anderson .Paak might have a busier summer planned than anyone else on this bill. On the same weekend he starts his stint at Coachella, he’ll also release Ventura, the follow-up to last November’s well-received Oxnard. After that, it’s all road, as Paak takes his funk-inflected hip-hop show on a globe-spanning jaunt that hits everything from avant-garde festivals (Arizona’s FORM Arcosanti) to summer institutions (Denver’s Red Rocks Amphitheatre) to the shores of the Adriatic (Croatia’s Dimensions Festival). We’d all better get packing.

When you get sign-offs from both Drake and Cardi B, you’re probably doing something right and marketable. That’s the story with Bad Bunny, the Latin trap performer whose journey from supermarket employee to SoundCloud rapper to critically acclaimed superstar (2018’s X100PRE currently holds a 84/100 on Metacritic) is the kind they make movies about. Fresh off a triumphant sold-out festival in his native Puerto Rico, Bad Bunny seems poised to add a few fresh pages to his legend throughout Coachella weekend and 2019.

It’s no secret that we’re all in on Billie Eilish; our musical Rookie of the Year in 2018 just landed a coveted A- in our review for her game-changing debut, When We All Fall Asleep, Where Do We Go? Wanna get your game changed, too? After Coachella (and a brief jaunt to Australia) she’ll be barnstorming across the United States on an ambitious summer tour that feels like the kind a 17-year-old would plan if they were about to take over the pop universe. Oh wait. That’s exactly what’s happening.

The Grammys very rarely get it right, which makes it even more gratifying when they do. Case in point: Ella Mai’s 2019 Best R&B Song win for the ebullient 2018 single “Boo’d Up”. A love song for anxious Gen Z kids everywhere, the track was just one standout among many on Mai’s self-titled debut album. If you’re looking for an excuse to sway with your crush in a public setting, an Ella Mai concert presents a natural opportunity.

It’s only April, but we’re ready to call it: Lizzo’s new single “Juice” is an early contender for jam of the summer. If you haven’t, go take a listen. We’ll wait … see? Amazing. The best part? There’s a whole new record of that same brassy funk on the way, as well as a tour that’ll give Lizzo and her dancers, The Big Grrrls, the chance to move some booties across America.

Mac DeMarco is probably the chillest dude in music at this point (I mean, you’d have to be to give out your home address on a record, as he did at the end of 2015’s Another One). Laid-back doesn’t equal lazy, though: In addition to Coachella, DeMarco is gearing up for the release of his new record, Here Comes the Cowboy, as well as a tour that’ll find him bringing his “whatever’s clever”-ness to clubs around the country.

Legend has it that Maggie Rogers wrote her first hit, the Pharrell-approved 2016 viral smash “Alaska”, in about 15 minutes. We’re pretty certain that she took longer on the material from her 2019 debut, Heard It in a Past Life, but rest easy: the songs here capture the spontaneous catharsis of “Alaska” while simultaneously showing off Rogers’ beefed-up songcraft. Wonder how it all plays live? Rogers has dozens of dates lined up throughout the summer, so there’s a really easy way to find out.

In their native Australia, the beachy dance pop of Rüfüs Du Sol is as close as you can get to a sure thing. Their first three records peaked at No. 1, No. 1, and No. 2 on the charts, respectively, and the first two went platinum. They’ll bring their sarong-clad beats to Coachella in search of a crossover audience that’s already shown signs of receptiveness; 2018’s Solace hit No. 6 on Billboard’s dance charts, and the environs of Coachella (and the amphitheaters they’re headed to next) will only amplify the group’s sunset-shaded good vibrations. Summer’s coming? Summer’s here.

We’ve been saying it for years, and it’s still true: Chicago’s rap bench is one of the deepest in the country, and it’s only getting deeper. Smino is our pick for the latest Second City MC ready for more minutes in the spotlight; though he may be a St. Louis transplant, the atmospheric, intricate flows of last year’s NØIR fit right in with recent breakout stars from SABA to Noname. We can’t guarantee it, but catching him in 2019 just might earn your future self some bragging rights.

Whether you want to admit it or not, The 1975’s surprise hit “Love It If We Made It” summed up how many of us felt about the unhinged unrest of our current moment (back in December, we said it felt like “If Billy Joel wrote ‘We Didn’t Start the Fire’ in 2018 with a millennial’s social media feed as his only reference). That track, and the rest of the surprisingly affecting A Brief Inquiry into Online Relationships, will be on full display when Matty Healy and his boys hit the stage at Coachella before their summer US tour.

When he’s not busy melting teen hearts as the star of the Netflix mega-smash 13 Reasons Why, Dylan Minnette is something of an indie rocker. You’ll hear shades of The Strokes, Phantom Planet, and other early-aughts rock revivalists when he and his band Wallows take the stage at Coachella; you’ll hear them even better on the band’s club tour, which takes them to venerable rooms including the Fillmore in San Francisco, Austin’s Scoot Inn, and the Metro in Chicago.

It’s been a big year for Weezer, and it’s barely April. The occasionally divisive but always crowd-pleasing power pop lifers lived out their karaoke fantasies with January’s surprise Teal Album before returning with yet another round of California jams on March’s Black Album. They’re not slowing down, either; their Coachella stop comes at the end of a spring tour with fellow alt-rock co-headliners the Pixies and before the summer takes them to Europe, Japan, and all points in between.

Unless you’ve been cryogenically frozen for the last half a decade or so, you’ve likely been swept up in Ariana Grande’s rise through the pop stratosphere with the rest of us. The rocket ride took a steep upward trajectory in 2018, when star-making record Sweetener and post-Pete smash “thank u, next” earned her critical success to match the commercial. A standout performance at Coachella (playing in relief of Kanye West, no less) will cement her place in pop royalty and make tickets to her subsequent tour even more sought-after than they already are. Better hurry.

Here’s a bit of trivia for you: The letters of SOB x RBE stand for “Strictly Only Brothers x Real Boi Entertainment.” Here’s another: Surrounded by Kendrick Lamar, Khalid, Vince Staples, and more, the trio from nearby Vallejo managed to make their own space on Black Panther: The Album with the fleet-footed “Paramedic!” They followed up that newfound MCU notoriety with two records in 2018; catch the hits from both on their spring tour.

We’re not always jazzed about what emerges from the inscrutable depths of meme culture, but Superorganism makes the case for that unhinged digital space as a place where real collaboration happens. From online friends to maximalist pop weirdos, the band won us over with last year’s self-titled debut (and the charmingly off-kilter interviews that went with it), so we’re extra excited to see how they use this chance to become MVPs of Coachella’s tiny text. That’ll make the subsequent tour stops even more triumphant.

Smino’s not the only Chicago rapper poised to raise his profile in the deserts of Indio. The same can be said of Juice WRLD, whose new record, Death Race for Love, comes after a year of escalating successes (among them: an appearance on Travis Scott’s Astroworld, a late-night debut on Jimmy Kimmel Live!, a track on the OST for Spider-Man: Into the Spider-Verse). After Coachella, it’s back on the road for more festival dates (including a stop at Rolling Loud) as well as a tour with mixtape collaborator Ski Mask the Slump God.

The first time we caught Kero Kero Bonito back in 2014, we hadn’t heard anything quite like their beguiling blend of J-Pop shimmer, hip-hop beats, and 16-bit synths, or the bilingual flow of frontwoman Sarah Bonito. The London-based band’s more recent evolutions towards ’80s-style city pop are more familiar, but no less exciting. Catch ’em for an instant mood boost at Coachella, or get more intimate during their stops at smaller venues along the West Coast.

K-Pop’s been slowly conquering the world since “Gangnam Style” kicked down the door in 2012, so it’s a little surprising that 2019 marks the first-ever appearance by a Korean pop band at Coachella. It’s an event that’s worth the wait; rising superstars BLACKPINK make their Indio debut in the prime territory of the poster’s second line, fresh off the astounding success of “Ddu-Du Ddu-Du” and its historic video (the most-viewed K-Pop clip in YouTube history). Shut the app and catch them live at dates in Chicago, Newark, and more.

Way back in January, we hailed this year’s Coachella lineup for its elevation of K-Pop, but J-Pop is also having a moment at the 2019 festival. That’s thanks in large part to the women of Perfume, the self-described “future pop” group whose VR-influenced stage show made them staples of the Japanese arena scene (check out this clip from a 2012 appearance at the Tokyo Dome for a sneak preview). Perfume stands as the first-ever J-Pop girl group to play Coachella; celebrate that festival first at one of their West Coast dates later this month.