20 Moments That Made Coachella What It Is Today 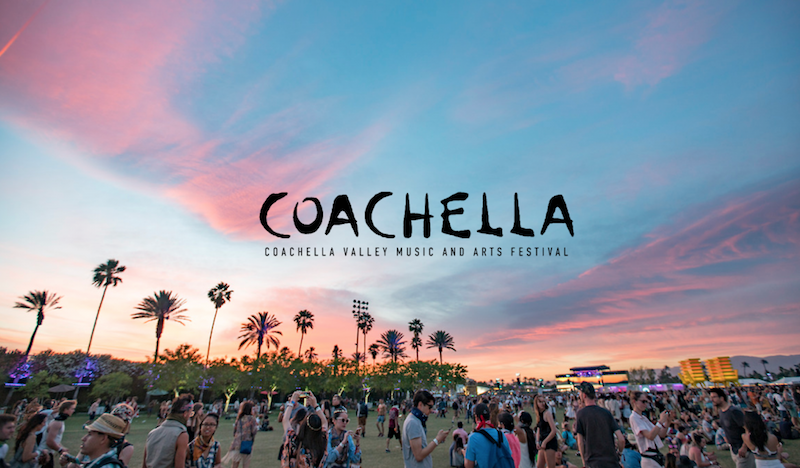 The first major mention of the Coachella Valley Music and Arts Festival found in The New York Times comes in the form of Neil Strauss’ Pop Life column from September 1999 titled “A Festival Promises Safety.” Written less than two months after the monstrous Woodstock ’99, the article previews the first edition of the festival by dwelling on Coachella’s differences, from the complimentary bottles of water handed out to each attendee to promises of free parking and under-capacity shows. Musically, Strauss had this to say:

More similar in spirit to Monterey Pop than Woodstock, Coachella offers a lineup that appeals to a cutting-edge crowd, with many performers unused to playing in front of such large audiences. There is a strong emphasis on dance music and college radio bands, as opposed to acts that are popular on the Billboard pop charts or commercial modern-rock stations.

Twenty years later, the festival scene has changed, for better and worse, but Coachella still remains. On the eve of the 2019 edition, I’ve decided to give the fest an early birthday present. In the article that follows, you’ll find 20 moments that helped shape Coachella into its current form. Sourced from 20 years’ worth of coverage and recollections, these moments run from the tents at the Empire Polo Club to the conference rooms at Indio City Hall to interlaced web of social media and help tell the story of how Coachella became America’s preeminent music festival.

You can’t have a 20th anniversary without a first edition. Coachella began its life during an unseasonably warm weekend in October 1999, with festivalgoers plunking down a paltry $50 (still only $75 in 2019 terms) for a stacked lineup featuring Beck, The Chemical Brothers, Tool, and Rage Against the Machine. Critics praised the fest for its smooth professionalism in the wake of the tire fire that was Woodstock ’99 just a few months prior, but it was still a financial bust; Goldenvoice lost a reported $850,000 and had to delay the festival’s next edition until 2001.

Perry Farrell Kicks Off Reunion Fever and Saves the Fest (2001)

Between stints as Lollapalooza’s impresario, Perry Farrell found time to help out another fledgling music festival. At Coachella’s second, single-day edition in 2001, Farrell reunited Jane’s Addiction for the first time since 1997 and played for deferred compensation, a move that allowed his friends at Goldenvoice to regain their financial footing while still wowing crowds. It’s a relationship that’s lasted; as of this writing, Farrell made the festival a near-annual appearance between 2001 and 2011, only skipping the 2003 edition during that stretch. The appearance of Jane’s Addiction also kick-started Coachella’s reputation for hosting big reunions; over the years, that’s included The Stone Roses, Rage Against the Machine, My Bloody Valentine, and more.

For a festival with camping as a core part of its identity, it’s always jarring to remember that Coachella once went tent-less. The camping scene that LA Weekly once called “the Wild West of the festival” where “campers [build] incredible structures to hide their debaucheries” began in 2003, with a single lot for intrepid weekenders to return to after sets from The White Stripes, Beastie Boys, Iggy and the Stooges, and more. Demand for camping passes would only increase the next year, thanks to a stellar lineup…

…that would see Coachella sell out for the first time in its history. Thank the Pixies for that one; though the massiveness of their reunion has been diluted by subsequent years of constant touring (and subpar records), the initial word that they’d be making their first major appearance at Coachella was enough for a reported two-day crowd of 110,000 people to change their spring break plans. According to L.A. Weekly’s Piotr Orlov, it was worth the wait, as Black Francis and company “tapped none of the ’80s nostalgia detractors have been grouping it with, basking in the power and glory of something that remains unique and ahead.” Appearances by Kraftwerk, Radiohead, and The Cure didn’t hurt, either.

It’s rare for an festival set’s influence to extend much past those on the ground, but when it does happen, it’s the kind of thing people talk about for a long, long time. Case in point: Daft Punk’s transcendent appearance at Coachella 2006, in which Thomas Bangalter and Guy-Manuel de Homem-Christo appeared as benevolent robot overlords, compelling the festival’s dumbstruck masses to dance from high atop their pulsating digital pyramid. The set overshadowed even the most high-profile names on that year’s lineup (including ones by a then-ascendant Kanye West and festival rarity Madonna) and instantly earned its place in festival legend.