BTS Doubles Down on Genre-Bending, Emotion-Fueled Pop on Map of the Soul : Persona 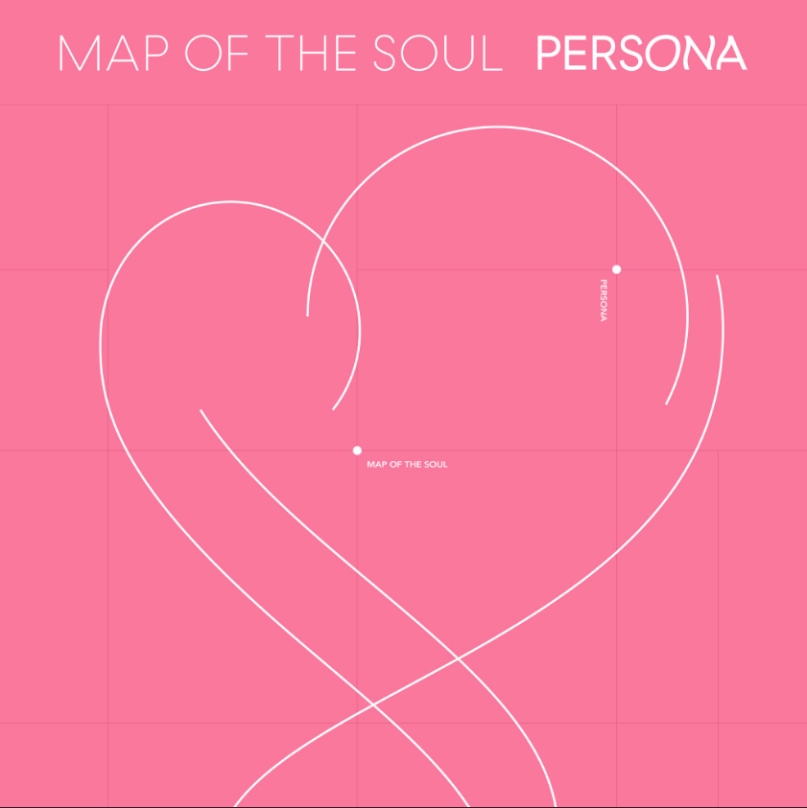 The Lowdown: Last week on Saturday Night Live, the crowd went wild as the first South Korean group ever to musical guest on the show took the stage for their first performance, “Boy with Luv”. Strangely, this wasn’t even the most talked-about “Boy with Luv” video of the last week; the song’s music video recently made history, according to Guinness World Records, which confirmed early yesterday that the group had locked down not one but three world records concerning views in a 24-hour period. It’s no secret that K-pop is swiftly gathering hold across the globe, and that of all its groups, BTS has perhaps the strongest foothold. With Map of the Soul : Persona, they deliver a ready-for-action EP, hopping easily between genres like hip-hop, rock, R&B, and trap in a multifaceted exploration inside the lives and hearts of one of the biggest boy bands on Earth.

The Good: We’ve all heard the expression “hit the ground running.” On Map of the Soul : Persona, BTS don’t even hit the ground. They barely catch their breath in “Intro : Persona”, cartwheeling through fast-paced raps and launching themselves into an album with an impressive lineup of features, allowing each of their seven members a chance to shine. The EP moves easily through different spheres of young love, young fame and young ambition, all of it audible through coruscating backgrounds and intense vocal deliveries that channel the high-running tensions of technicolor teenage drama. There’s the downbeat groove of “Mikrokosmos”, the rap-laced party rock of “Dionysus”. The group skates quickly between Korean and English — and even, at one point, a tiny glimpse of Spanish on “HOME” — with the most seamless example probably being the high-profile Halsey feature on “Boy with Luv”. The variety packed into the half-hour-long EP all shares a common level of attentive engagement from the group.


The Bad: There’s no mistake to be made: BTS is building on the pop genre in every possible direction they can. But there are still moments, every once in a while, when the level of their intention feels a little less immediately accessible. The group’s songwriting collaboration with Ed Sheeran, “Make It Right”, is sonically one of the highlights of the album. However, for a track that sounds like it’s meant to come off as a dose of sensitivity to anchor down the high energy, it feels emotionally less like a self-conscious reflection on making a relationship right and more like what it is — a really genuinely catchy song. You’d dance to it no matter what it means, which creates a little bit of a disconnect. Maybe this carries its own merit — and if not, they quickly course-correct in “Jamais Vu”, which with its pleas in the chorus for “a remedy” and more scaled-back beat sounds like the album’s more heartfelt dive into a softer realm of sensibility.

(Read: 10 Other K-pop Groups You Should Know About)

The Verdict: The “Persona” tag is telling; in some ways, the EP can be read as a microcosm (pun kind of intended) of the elements that have made BTS so famous over the last decade and especially the last few years, and everything that’s come out of that fame for them. There’s the spitting rap of the opening and closing tracks, the fan dedication and A.R.M.Y. appreciation in “HOME” and “Mikrokosmos”, and the familiarly romantic, teen-idol dream pop of “Boy with Luv”. Six EPs in and with even more albums under their belt, you get the sense that the men of BTS know exactly how popular they are, but not in an arrogant way — more in the sense that they’re ready to explore generously, but not quite ready to give up on some of the pop-production recipes that have granted them success thus far.