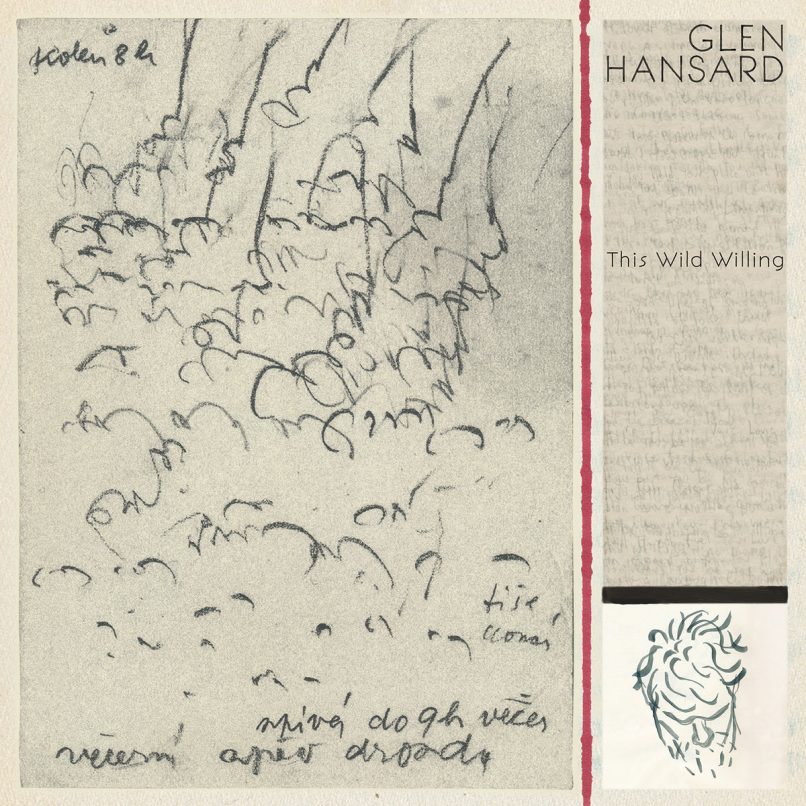 The Lowdown: Glen Hansard rose to prominence in 2007 thanks to his performance in the Irish movie Once with Markéta Irglová and the breakout, Oscar-winning song “Falling Slowly”, which he wrote and performed with her. It was a film that captured that raw, romantic magic forged by music 11 years before Bradley Cooper and Lady Gaga did it in A Star Is Born.

Hansard has maintained a musical career both before and after that career-defining role, with a handful of solo records and several albums with his band, The Frames. It’s probably not fair to compare every one of his new albums with Once, but, considering Hansard hasn’t reached the same kind of success since that movie/soundtrack, it’s a comparison most people are likely going to make on their own.

That said, if you go into listening to This Wild Willing, Hansard’s fourth solo album, expecting to hear anything tonally similar to Once, you’ll be sorely disappointed. Not because the album is bad, but because Hansard himself says in the liner notes that it’s an album that reflects his time with The Frames more than it does his previous solo outputs. It’s still folk-driven music with acoustic guitars threaded with piano, fiddle, organs, and other sounds, but, its focus is very different. It’s more about the feel of the music than the romance.

The Good: Like all of Hansard’s albums, the musicianship on This Wild Willing is top notch. Along with strong Americana/folk instrumentation, he mixes things up with help from the Khoshravesh brothers — two classically trained Iranian musicians. Their Eastern influence can be heard on several tracks and brings a different feel to the music that fits surprisingly well. This influence can especially be heard on the songs “Race to the Bottom” and “Threading Water”. The instrumentation on the latter, in particular, makes for a rich blueprint and a relaxing concordance of musical ideas executed brilliantly.

Hansard also layers many of these songs in ways that might seem predictable, but are nonetheless effective, particularly noticeable on the first single, “I’ll Be You, Be Me”. It starts quietly with Hansard’s whispery vocals and slowly builds to a dramatic crescendo that almost feels like a different song than it was at the start. Another highlight are the raindrop-like guitars on “Mary” that can make you feel as if you’re traveling along a bumpy dirt road while gazing out into the countryside on a journey of self-discovery.

The same theme is also evident in the song “Don’t Settle”. It’s about personal redemption, and the piano melody hearkens the kind of sound you’d expect to hear during the montage of a good boxing movie or some kind of film where the main character is fighting to build himself up before the big confrontation with the antagonist. Hansard’s lyrics have never been his strongest aspect, and that’s true on most of This Wild Willing, but they’re solid enough for what needs to be done on an album of this caliber. It’s also good to hear Irglová join Hansard again, even if their dynamic is much different.

(Read: An Oral History of Once)

The Bad: As evidenced by past records and live performances, Hansard knows how to show off his powerful vocals in a way that tugs at your emotions with every word. However, for whatever reason, on This Wild Willing, he spends most of the tracks employing a whispery tone that just isn’t as enjoyable as when he’s letting loose in his passionate, soul-baring way. That’s not to say that Hansard has any songs in which he sings poorly; that’s not true either. It’s more that when you’ve heard him reach those heights that remind you why you found him irresistible in the first place, you’re going to be a little let down when that kind of energy isn’t served on every track.

The album definitely feels darker than past efforts, and Hansard can’t be faulted for not trying to experiment with his sound, particularly given the revelation that most of the songs were written on the spot in the studio. It’s just that the ones that fall flat fall really flat, and the songs that are stronger aren’t doing enough to recommend beyond a cursory listen.

Hansard also, perhaps as a result of the improvisational spirit of the songs, has more than a few longer tracks on this album, with several breaching six or even seven minutes. One can’t expect every song to be a tidy four minutes, as sometimes you’re going to have songs that just end up being longer. However, at the same time, it makes for a long listen. Especially when some of the songs feel longer than they need to be, such as “Good Life of Song” or “Weight of the World”.

The Verdict: Hansard presents some new ideas on This Wild Willing, and the musical strength makes it a thoughtful, well-produced record. It’s just that none of the songs leave any kind of memorable impact the way Once did. The Khoshravesh brothers’ Iranian sound spices things up on a few tracks, but not enough to prompt multiple listens. Hansard’s passion seems to be lacking in the way he sings on most tracks, and that ends up being a letdown. Perhaps the experience of making the album was much more magical than the music that resulted from it.