Khalid Sounds Too Tame on the Unfocused Free Spirit 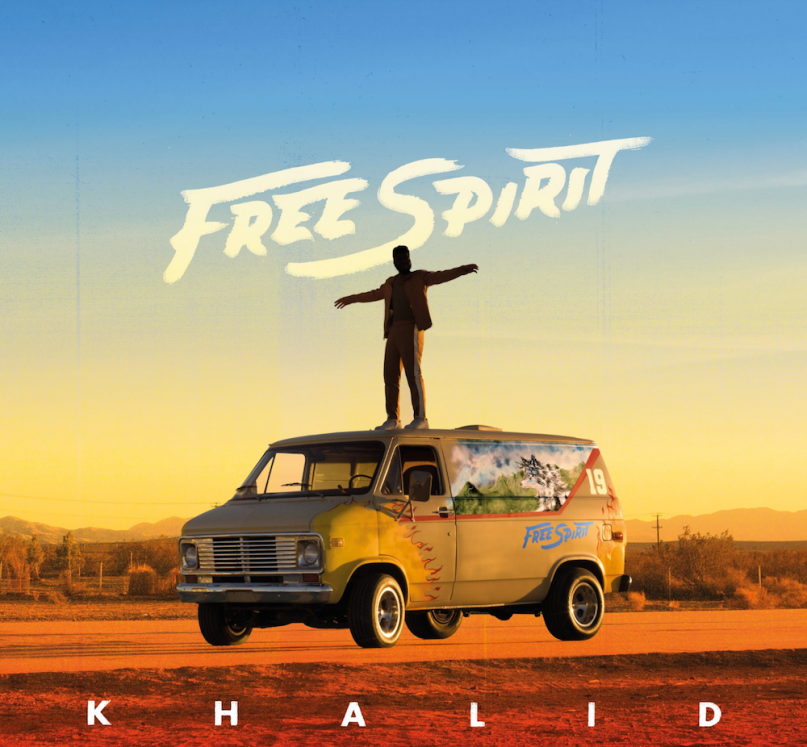 In 2018, Khalid released an EP, Suncity. Less than a year later, he’s returned with his second proper album, Free Spirit. Back when he was working on his debut, he leaned on a mix of friends and up-and-coming ghostwriters. Now Khalid has arrived, and he’s teamed up with established hitmakers like Stargate, Disclosure, Hit-Boy and Murda Beatz. Of course, one of the pitfalls of relying on established hitmakers is that your songs can start to sound like other people’s songs.


Khalid is still only 21 years old, and the transition from prodigy to professional is famously tricky. Free Spirit has a few killer tracks. But compared to its predecessor, Free Spirit is more conventional and less focused.

The Good: “Bad Luck” and “My Bad” are both built around a cool guitar and fiery drums. On “Bad Luck”, Khalid prefers a smoother, ascending melody, whereas “My Bad” has a jazzy stutter. But the linked instruments create a conversation between the songs. This musical movement is capped off with “Better”, produced by longtime Rihanna collaborators Stargate. “Better” originally appeared on the Suncity EP, but Khalid has recycled it for a second project. It’s exactly the kind of dark, rippling synthscape that made Rihanna’s career. With “Better”, Khalid sounds like a pop superstar in training.

The album ends with bonus track “Saturday Nights”, another song salvaged from Suncity. Khalid revels in a secret knowledge, in “All the things that I know/ That your parents don’t.” “Saturday Nights” pays homage to Newbury cigarillos and gray Silverados: The unglamorous details that make up a life.

The Bad: Well, two of the best songs on this album were already the two best songs on another project. Perhaps Suncity underperformed, or Khalid just thought that “Better” and “Saturday Nights” were better served in this context. But the songs have less impact when you’ve heard them before.

Sometimes, Free Spirit spits out an overproduced pop melody, mathematically perfect and perfectly dull. “Intro” is big and cheesy. “Talk”, produced by Disclosure, sounds like what a computer would make if you fed it every song by every ex-member of One Direction. The album is 17 tracks long, and the back half is a mush of love songs. By the time “Saturday Nights” rolls around, the inventiveness of the album’s start is a distant memory.

The Verdict: Khalid is only 21 years old. He is probably, like most 21-year-olds, still figuring himself out. Certainly the talent is there for him to have a long career, and if he does, then several of the songs on Free Spirit will still be in his concert rotation. But Free Spirit is an unfocused mess and badly in want of editing. American Teen had a vivid personality. On Free Spirit, Khalid sounds caught between wanting to play a superstar and wanting to be himself, with the result that he sounds like neither.