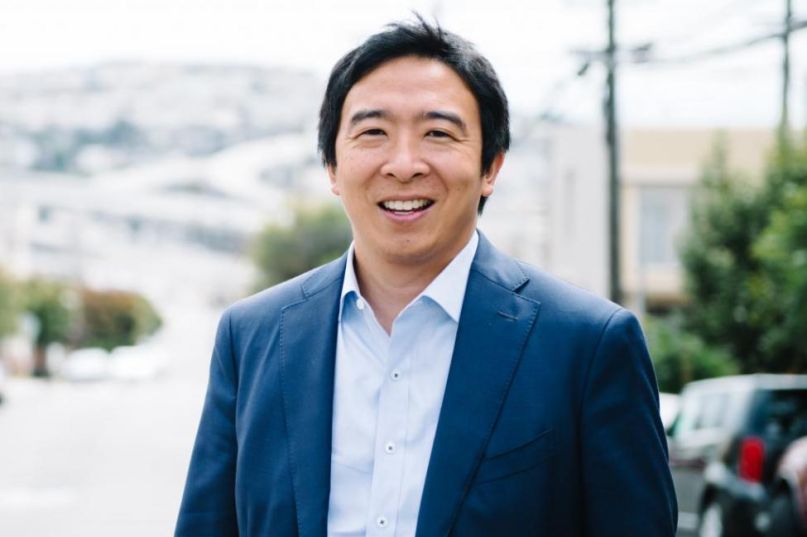 We’re only a third of the way through 2019, yet we’re already balls deep in the 2020 presidential election. With a field sporting dozens of hopefuls, we still have a ways to go in this emotionally exhausting marathon that is the Left consuming itself like an ouroboros eating its own tail.

Recently, we’ve seen an uptick in candidates appealing to supporters’ musical tastes. Cool guy (TM) Beto O’Rourke would be honored to have The Mars Volta play his potential inauguration, has raged at a Metallica concert, and has secured his reputation as a former hacker and punk rocker. Not to be outdone, Mayor Pete Buttigieg posted videos of himself covering Spoon on piano and spoke about his love of Phish, Radiohead, and Dave Matthews Band in a recent interview with The Los Angeles Times. Joining the frenzy to appear “relatable” to the millennial crowd is Andrew Yang.

(Hot take that shouldn’t be a hot take: it is idiotic to vote for someone solely because they like the same band as you.)

In a recent interview with Jezebel, Yang declared that he’d be our first “ex-Goth” president, should he make it to the highest office in the land. The 44-year-old entrepreneur — whose main platform involves universal basic income, “human-centered capitalism,” and directly addressing the effects of automation — explained how he got into the scene,

“I distinctly remember coming into school in eighth grade and a friend, Dan Miller, was full goth, wearing all black. I remember seeing this and saying, “Wow, that’s quite the transformation over the summer.” So Dan had a real impact on my musical taste and we ended up going to many of these concerts together. So I daresay, if I win in 2020, I would be the first ex-goth president.”

Later on in the interview, he discussed what he believes to be “the canon of alternative music,” citing The Cure, The Smiths, Depeche Mode, and REM. He added, “When they arrived with Joshua Tree, U2 somehow was there… I really like New Order and Joy Division, of course. They’re in the canon. And Erasure too. So that to me was the original arc. And then in the ‘90s it became more Nirvana, Alice in Chains, and Soundgarden.” After explaining his predilection for the “grunge Seattle crowd,” Yang revealed that he attended the first three Lollapaloozas.

Yang also spoke about his desire to crowd-surf at rallies “because there [are] thousands of people there and the excitement [is] very high.” While he’s thus far passed on the opportunity, he admitted that he’ll likely “do it at some point.”

Perhaps the best part of the interview, however, was when the idea of a “punk of poseur competition” was broached. Yang replied, “I will say one thing I’d be interested in doing: Some kind of skate-off with Beto because I also skated. If Beto is open to it, I’m open to it.” Your move, Mr. O’Rourke.