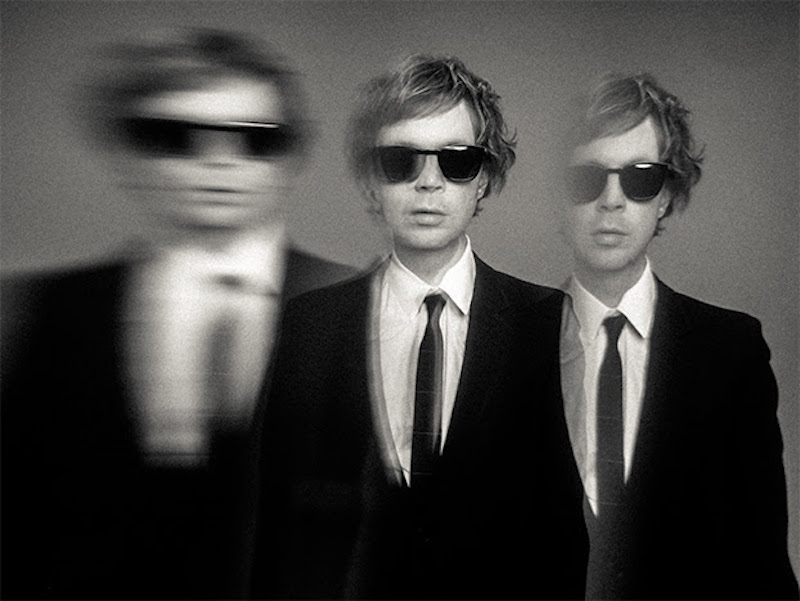 Update: Hyperspace is out November 22nd, and you can listen to two more teaser tracks.

A statement doesn’t list an official release date for the new LP, only that it is due out at “an as yet undetermined point in the space time continuum.” Despite the mysteriousness surrounding the record, Beck has treated eager fans to the record’s first single, “Saw Lightning”.

The new track sees Beck teaming up with Pharrell Williams, who provided songwriting and production assistance, as well as contributions on drums, keyboards, and mumbled vocals. As to be expected from the minds of these two genre-bending musicians, “Saw Lightning” is a quirky fusion of rock, synths, and even folk pop.

Beck recently reimagined “Tarantula” for the Music Inspired by the Film Roma compilation. He also linked up with Cage the Elephant (“Night Running”) and Robyn and The Lonely Island (The LEGO Movie 2 soundtrack cut “Super Cool”).

This summer, Beck will hit the road with Cage the Elephant and Spoon on the 30-date “Night Running Tour”. Find tickets to all of his upcoming shows here.

In anticipation of Hyperspace, stock up on all of Beck’s past vinyl releases here.