The 90-minute film provides an "intimate, in-depth look" at the iconic concert, revealing "the emotional road from creative concept to a cultural movement" 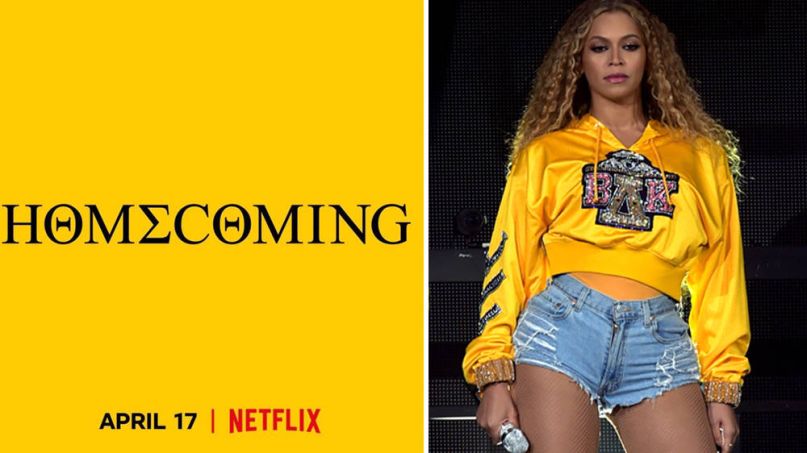 Beyoncé herself directed the film, which spans 137 minutes in length and offers an “intimate, in-depth look” at the concert, revealing “the emotional road from creative concept to a cultural movement.”

Update: To coincide with the film’s release, Beyoncé has dropped a surprise live album. In addition to the full Coachella performance, Homecoming: The Live Album contains three new tracks. Listen to it in full here.

Queen Bey’s Coachella set spanned a whopping 26 songs and featured collaborations with special guests hubby JAY-Z and sister Solange. Additionally, the R&B phenom reunited with Kelly Rowland and Michelle Williams of Destiny’s Child for a medley of “Lose My Breath”, “Say My Name”, and “Soldier”.

The performance landed Beyoncé on Consequence of Sound’s list of the Top 5 Live Acts of 2018. In his corresponding writeup, John Flynn had this to say,

It is hard to overstate the amount of tact Beyoncé showed through her gripping performance. A multi-layered showing, the set began with her descending from a set of bleachers as an HBCU marching band roared the sounds of “Do Whatcha Wanna” by New Orleans’ Rebirth Brass Band on either side of her. Incorporating songs by Master P, Crucial Conflict, Juvenile, C-Murder, and Fast Life Yungstaz into her set, not to mention paying homage to Fela Kuti and Nina Simone, Beyoncé blazed through a performance that was, at its core, an homage to black culture and, on the surface, the most invigorating pop spectacle we’ve seen since Michael Jackson did the moonwalk. Seamless outfit changes, over 100 expertly choreographed dancers, and pyrotechnics that left the sky ablaze were all incorporated into the two-hour epic, which left nearly everyone in the crowd either in awe or in tears. Hell, she even reunited with Destiny’s Child on several songs. During a year that was marked by a noticeable lack of flare when it came to music festivals, Beyoncé was a beacon of promise. We can only hope that festivals take note.

Below, watch the trailer for a Homecoming featuring a voiceover from iconic poet, writer, and civil rights activist Maya Angelou: