The Monterey Five’s secret is catching up with them in Big Little Lies season 2 teaser: Watch

As Zoë Kravitz's Bonnie says, "It's gonna get us all" 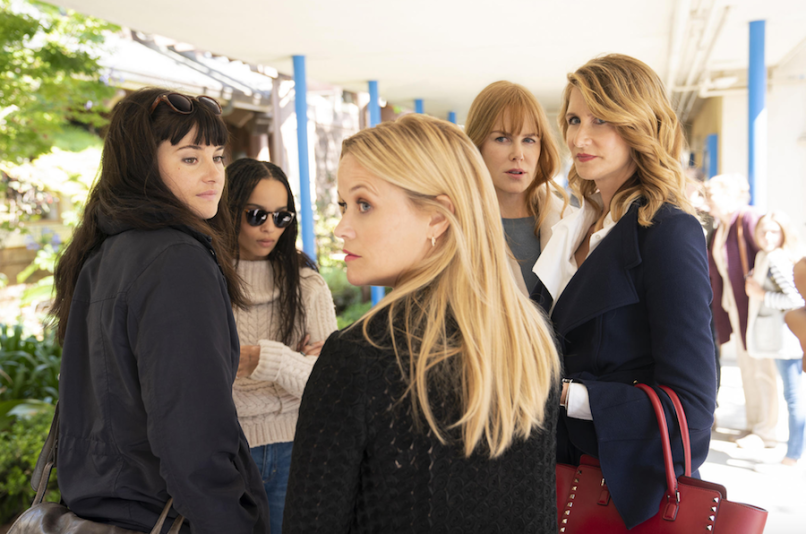 Just as HBO is ready to air the first episode of Game of Thrones’ final season, they’re reminding viewers that the fantasy show isn’t their only cultural phenomenon. Big Little Lies is set to return for its second season on June 9th, and the premium cable giant has today unveiled the show’s first trailer.

The teaser reveals that tensions are still high for The Monterey Five. We may know the events that led up to the death of Perry (Alexander Skarsgård), but it’s clear that Madeline (Reese Witherspoon), Celeste (Nicole Kidman), Jane (Shailene Woodley), Renata (Laura Dern), and perhaps most of all Bonnie (Zoë Kravitz), are still feeling the specter of their secret. Making matters worse, Perry’s mother, Mary Louise (Meryl Streep) has come to town, and she wants answers.

“I want to know what happened that night,” she tells Madeline in the brief teaser. “I’m very tempted to ask you, but I don’t think I would get the truth, would I?”

“On the surface, in the tranquil seaside town of Monterey, California, everything seems the same. The mothers continue to dote, the husbands support, the children remain adorable, and the houses are just as beautiful. But the night of the school fundraiser changed all that, leaving the community reeling as the ‘Monterey Five’ — Madeline, Celeste, Jane, Renata, and Bonnie — bond together to pick up the pieces of their shattered lives.”