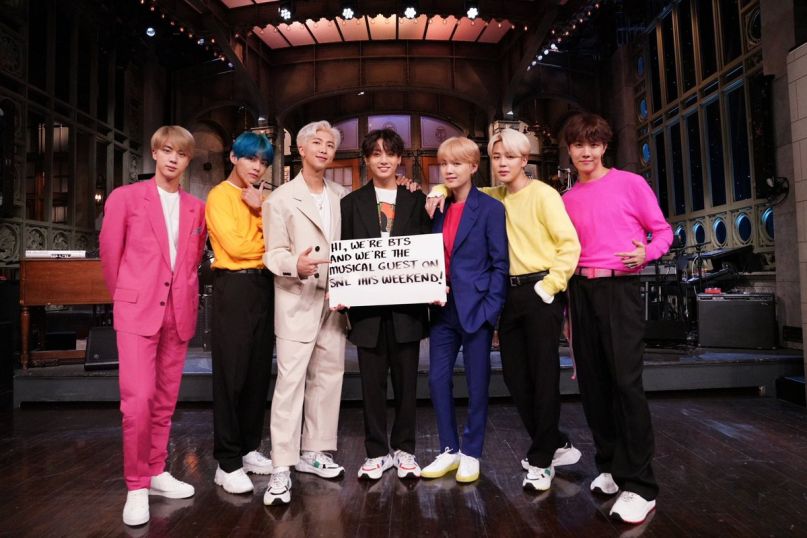 South Korean pop megastars BTS are set to embark on a massive US stadium tour, and they gave their diehard fans an epic preview with a two-song performance on tonight’s Saturday Night Live.

Making the group’s SNL debut, RM, Suga, J-Hope, Jimin, V, Jungkook and Jin showcased their newly released album, Map of the Soul: Persona, with a highly-stylized staging of “Boy With Luv”. They later returned to Studio 8H’s soundstage for a fierce rendition of past hit “Mic Drop”. Replay both performances below.


Map of the Soul: Persona, which features contributions from Halsey and Ed Sheeran, was released on Friday and can be streamed in full here. You can get tickets to BTS’s upcoming tour here.

(Subscribe to our BTS Newsletter for the latest news!)