Scottish group is "really upset, confused and disappointed" by Mello's decision to work with the problematic rappers 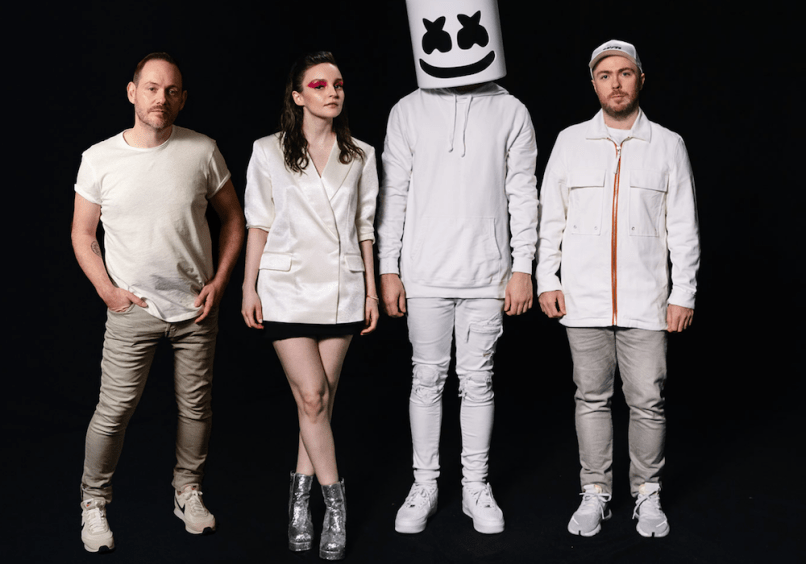 Earlier this month, CHVRCHES teamed up with Philly producer Marshmello on a collaborative single titled “Here with Me”. Now just weeks later, the Scottish synthpop outfit is calling out Mello after learning about his newest collaboration, “Light it Up”, which features Chris Brown and Tyga.

Both Brown and Tyga have criminal records stemming from various allegations of sexual misconduct. CHVRCHES want nothing to do with the two problematic rappers and their associates, a group that now includes the 26-year-old Mello.

“We are really upset, confused and disappointed by Marshmello’s choice to work with Tyga and Chris Brown,” CHVRCHES posted on Twitter Thursday afternoon. “We like and respect Mello as a person but working with people who are predators and abusers enables, excuses and ultimately tacitly endorses that behaviour.”

Lauren Mayberry and the rest of the band concluded, “That is not something we can or will stand behind.”

Earlier this year, Brown was accused of assaulting a woman in Paris. He vehemently denied the allegations, and even went so far as to release merchandise that mocked the alleged victim. Brown, of course, is most infamously known for assaulting former girlfriend Rihanna, for which he pled guilty in 2009.

As for Tyga, a woman who appeared in his 2012 “Make It Nasty” video accused him of sexual battery. The rapper and woman settled the case out of court, but Tyga stalled on paying her the $50,000 they’d agreed on. Tyga was also later accused of exchanging inappropriate text messages with a 14 year old.

Revisit CHVRCHES and Marshmello’s “Here with Me”: