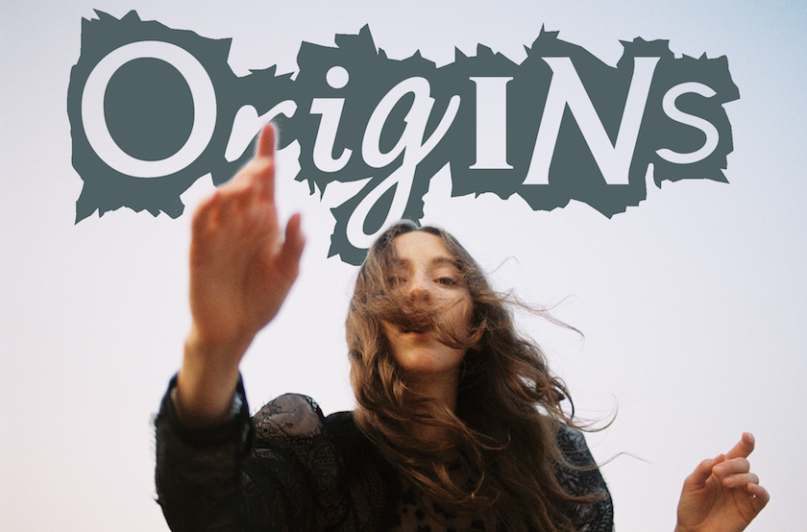 Origins is a recurring new music feature that challenges artists to take a closer look into the inspirations behind their latest single.

There’s no greater rush than the sudden resurgence of freedom. When whatever it is that’s been holding you back — self-doubt, a failing relationship, a bad record contract — finally gets out of your way and you see the possibilities stretched out ahead of you, it’s the purest form of liberty. French-American pop artist Sydney Wayser, aka CLARA-NOVA, recently embraced that independence when a restrictive label deal finally ended.

Wayser was so relieved and motivated by her newfound emancipation that she immediately dove back into songwriting. “Free” was the first thing she wrote after being “in a holding pattern waiting for the release from a record deal gone wrong.” As she explains it,

“It had been a waiting game for almost nine months and this song came pouring out after I got an email saying I was in the clear to write, record and release music again! The song burst out of me, speeding and racing to the finish line and within a few hours the writing was complete. The song is about a jolt of fresh air, a burst of invincibility, an overwhelming joy and excitement for what’s ahead.”

Produced by Lucius’ Dan Molad, “Free” is an airy alt-pop track designed for (and partially during!) top-down drives along coastal highways. It’s building layers are the aural embodiment of a weight being lifted, while the beating rhythm provides the driving force to press on to whatever comes next. “Seeing it all using my intuition/ Seconds to fall into a new position,” Wayser sings. “Good and I’m gone/ No need for ceremony.”

For more on how rides down the PCH and playing with tarot cards impacted “Free”, CLARA-NOVA has broken down the song’s Origins below.

I had taken a drive down the Pacific Coast Highway to clear my mind and started reflecting on the ocean’s permanence on one side and the fleeting life of plants, animals, people and cities on the other. The idea of mortality and appreciating the little joys of life we often take for granted fueled the song. Springtime daffodils blooming, waves crashing in and flowing out, the ocean breeze.

There is a Nordic Rune, XX, called Inguz that translates to “the seed”. The concept behind this symbol is that we plant an idea in our subconscious mind and then our conscious mind brings it to fruition. I had been ruminating on the symbol and the lyrics “using my luck as a guide and not a compass” came out. It is about being present and going where I feel pulled rather than plotting a route that I feel I “need” to follow or is “right” to follow. Allowing myself to listen to my instincts and my gut responses. Trusting that I know where I want to be and that my conscious mind will bring it to fruition.

I was pulling tarot cards for fun and for curiosity sake to see if I could relate to any of what came up. The funny thing that happened was I kept pulling the Hanged Man card which suggested suspension in time, surrender, metamorphosis and letting go. I guess in the end this whole song is about those themes.

My dear friend, Dan Molad, and I collaborated on the production of the song in his Silverlake studio. We had made my last solo record, Bell Choir Coast, together back in 2012 when we both lived in New York City. Now that his band Lucius is LA based as is CLARA-NOVA we decided to try out a few new songs and this one came together easily and quite magically in a few days. Dan is an absolute delight of a human and powerhouse of musical talent.