The MCU's inaugural outing is as entertaining as ever, 11 years later 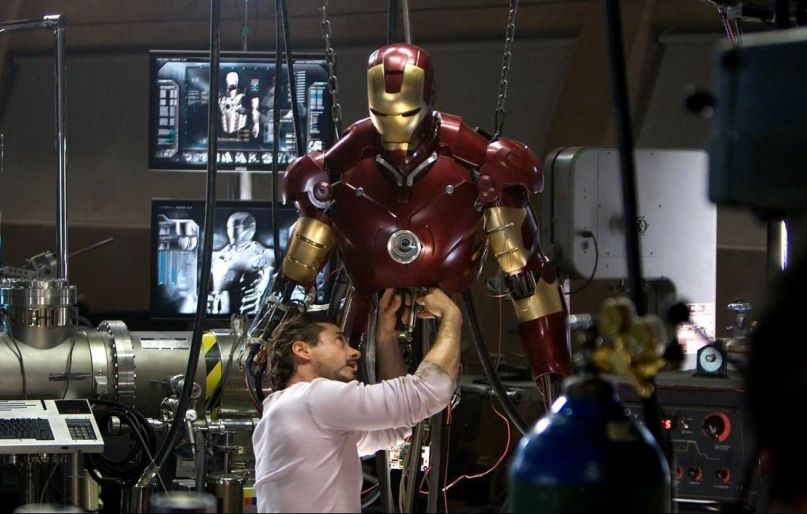 In 2008, there was an idea to bring together a group of remarkable superhero franchises, see if they could become something more. See if they could work together when a big movie studio needed them, to make the box office returns they never could.

Now that Avengers: Endgame has been released, and the initial arc of the Marvel Cinematic Universe is complete, we were driven to return to where it all started nearly 11 years ago. No aliens, no cosmic realms, no thicc sentient raisins with universe-splitting gloves. Just the story of a goateed asshole getting a swift kick in the pants from karma, and turning himself into a flying superhero in the process.

By now, you know the story: Self-styled “billionaire genius playboy philanthropist” Tony Stark (Robert Downey Jr.), the narcissistic head of weapons manufacturer Stark Industries, gets a fateful wake-up call during a weapons demo in Afghanistan when he’s critically injured and captured by terrorist forces intent on using his weapons for evil. Thanks to his ingenuity (and an experimental arc reactor in his chest he uses to keep himself alive), Stark instead builds an advanced metal suit to engineer his escape. Returning to the States a changed man, Stark sets about dismantling his company’s weapons program and refining his armored suit design — something to which his nefarious business partner Obadiah Stane (Jeff Bridges) doesn’t take too kindly.

In revisiting Iron Man after Endgame, and in the face of the sheer scale of Phase Three, the stakes of the Iron Man films are downright quaint. In this one, as with the others to various degrees, Tony’s not out to save the world, but simply his close friends (including Gwyneth Paltrow‘s Pepper Potts), his business, and his legacy. Even the MCU teases are restricted to then-minor character Agent Coulson (Clark Gregg), and the infamous Samuel L. Jackson post-credits cameo, the stinger to redefine all stingers. If the Avengers Initiative crashed and burned, Iron Man would still hold up as a thoroughly entertaining, self-contained superhero film all on its own.

Considering the world-changing impact of Iron Man‘s success and the cinematic universe it spawned, it’s a miracle that Marvel’s inaugural effort works at all. According to Bridges, director Jon Favreau and the crew only worked with the most basic of outlines; Downey Jr. and the cast improved the rest, dialogue and all. Just think about it: the Marvel Cinematic Universe basically kicked off with a $140 million episode of Curb Your Enthusiasm.

Far from an obstacle, however, that sense of looseness is one of Iron Man‘s many strengths. It helped to reforge (heh) Stark’s persona as one more closely tailored to Downey’s manic, fast-talking laconicism, which bounces nicely off Paltrow’s equally droll Pepper and Bridges’ casually sinister Stane. Favreau’s never been the most ambitious formalist, nor is he an especially distinctive action director. But he knows characters, and he’s really good at bringing out the best in actors he really likes working with. Iron Man shows off his greatest strengths as an easy, accessible, likable filmmaker, which is why the film works so well as the foundation for the MCU’s lighter, looser superhero tone.

In many ways, Iron Man feels just as cobbled together by spare parts and inspiration as Tony’s suit itself. For a studio-led summer tentpole, there’s always the feeling that Favreau and crew are getting away with something, and are having the time of their life doing it. It’s the cinematic equivalent of snickering beside yourself into the receiver of a phone during a crank call; you might just give up the game, but you just can’t help smiling.

Much of that is owed to the utter confidence of its lead. As Downey Jr. called it himself, in the film’s now-legendary final line, “I am Iron Man”. That fateful, on-the-nose line (a cheeky reference to the Black Sabbath song) was allegedly another improvisation by Downey, and there are probably no four words that could best encapsulate his complete ownership of that character. In a Marvel-dominated universe, it’s tough to remember that Iron Man was a big comeback for Downey, who himself had a troubled past with addiction and mental illness that had previously rendered him near-unemployable throughout the 2000s.

It’s impossible to overstate the perfect synthesis between actor and character Downey brings to Tony Stark — he’s a dashing lead and a nervous character actor in equal measure, and Iron Man makes tremendous use of those instincts. For as much as Stark has a chip on his shoulder, Downey’s swagger constantly threatens to break down into outright vulnerability. He’s a man wisecracking at the world to keep himself shielded from it. How fitting, then, that his superpowers involve wrapping himself in a protective layer of metal?

Tony Stark (and the MCU) have come a long way since the first Iron Man. Assembling an entertaining superhero film that happens to rehabilitate one of Hollywood’s biggest stars and launch a franchise that’s forever changed the blockbuster landscape is no easy feat, especially when you’re working without a script. But by gum, they pulled it off.

Sure, Iron Man still has some of the classic Marvel problems — the third act villain fight is a bit of a damp squib, and Ramin Djawadi’s score is especially bland even in the comparatively nondescript landscape of Marvel music. (Oh, and let’s not forget that hella-dated MySpace reference.) But it’s remarkable how revolutionary Iron Man feels eleven years later, considering all that’s been built from this film’s simple blueprint.